Q:  Father, why no homilies lately?
A:  Licensed philosophers don't write homilies.  Heh.  Just kidding.  Since I left Blackfriars I haven't been the principal celebrant at Mass.  We have about 70 friars here at the Angelicum.  I never preside at the conventual Mass b/c it's in Italian.  And the English Mass schedule is well-stocked with American and Indian priests.  Sooooo. . .until I get back to the US and start presiding again. . .
Follow HancAquam & Check out my Wish List --------->
at 3:48 AM 4 comments:

B.O.'s A.B.C. Rule:  Anybody But Catholics.  B.O. won't give the bishops' a grant to fight human trafficking.  Why?  Because the bishops refuse to sacrifice a few kids to Moloch, of course.
Tea Partiers feed and clean up after themselves.  Occupy Wall St. Circus relies on food handouts and government sanitation workers.  Says a lot.
10 Things Every Catholic Ought to Know. . .and be able to explain at a moment's notice.
The de-Italianization of the Vatican's Bishop Factory.  Well, that explains why episcopal appointments have been happening so quickly lately.
Credit where credit is due:  PBS airs Fr. Robert Barron's series, Catholicism.  This will be a serious, faithful presentation of the faith.
Marxist prof a little shocked when students push back against her ridiculous claims about the Tea Party.  Watch the vid all the way to the end and hear how our Betters treat opposition.
Why are so many professional politicians rallying to the Occupy Wall St. Circus?  "Everything they believe in has failed, so they are turning nihilistic."   Once you dump the possibility of knowing objective truth, nihilism is only other option.
Meanwhile in Boston:  the Lefty Circus spits on a uniformed female Coast Guard officer and forces the cancellation of a small business food drive.  Yup, just like those Tea Party nutcases.

What's Dawkins afraid of. . .my guess:  a face-to-face beating by a professional philosopher who has demonstrated again and again that Dawkins knows diddly about Christian theology, logic, or common courtesy.

From the article:
Something is afoot in Oxford. The Christians are fighting back. To herald the 'Reasonable Faith Tour' with William Lane Craig, Oxford's buses are carrying the slogan: There's Probably No Dawkins. Now Stop Worrying and Enjoy Oct 25th at the Sheldonian Theatre.

The advertising campaign follows Richard Dawkins' refusal to debate the existence of God with philosopher William Lane Craig as he visits the UK this month. He has an open invitation to debate Professor Craig at Oxford's Sheldonian Theatre on 25th October. The Oxford bus campaign echoes the 2009 London atheist bus advertisements: 'There's Probably No God. Now Stop Worrying And Enjoy Your Life.'
[. . .]
Dr Dawkins preaches the need to seek truth, question everything, and to not become duped by emotions or wishful thinking... yet he has used his website (the "clear-thinking oasis") to hurl ad hominem attacks at 'Dr' Craig (as he calls him, on the rare occasion that he acknowledges his title), complaining that his ideas are 'unpleasant'. This was the precise strategy he used against His Grace a few years ago, labelling His Grace 'nasty' (quoted in the 'honours and citations'). Academic responses and counter-arguments? Zero.
Dr Dawkins' hypocrisy is pure and undiluted.

America's Educational System Presents:  Entitled Narcissist.   This guy is what happens when we abandon the western tradition of rational-critical thinking and replace it with the idol of self-esteem.
Dems embarrassed by B.O.'s rather authentic imitation of W.'s "war criminal" record?  Don't you need a conscience before you can be embarrassed?
Why do teens leave the Church?  None of these reason is all that surprising.  All we can do is teach and preach the gospel with the mind and body of the apostolic Church and let the Spirit do His job.
Two US dioceses move toward not offering the Precious Blood at communion.  Not sure what I think of this; I mean, I understand that Christ is fully presence in the host, but I'm not sure that the reasons being given for withholding the Chalice are convincing.
Killing children for money.  No, it's not a story about abortion. . .it's about another form of human sacrifice for $$$.
Pretty lights. . .oooooooooo. . .

This is what happens when you wait until after the Zombie Apocalypse to get married.  Told ya.


* The linked article notes that Barr publicly called for the execution of all those worth more than $100 million.  Now we know why she set the beheading limit where she did.
Follow HancAquam & Check out my Wish List --------->
at 12:15 PM 2 comments: 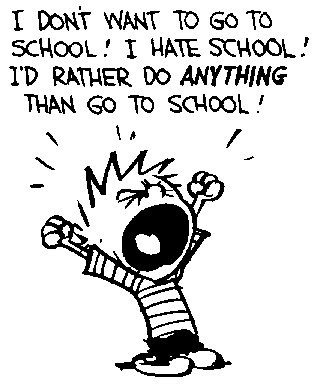 A postmodern version of Nero fiddling while Rome burns?  E.U. nannies ban children from blowing up balloons.  Europe is sliding into the abyss and E.U. bureaucrats are legislating who can and can't inflate a party favor.
Lawyers who wrote memo arguing that B.O. has the authority to kill an American citizen w/o trial are the same lawyers who blasted Bush for doing the same thing.

Hypocrisy Alert:  "Why Isn’t the Working Families Party Paying Its Employees a Living Wage?"  NB.  The WFP is one of the many lefty groups currently "occupying Wall St."

Though not as prominent or loud as the Pelvic Dissidents, there is an increasingly worrisome rise in the number and volume of those who place Real Catholic Folk Heroes above the magisterium.

Occupy the Vatican?  Fordham "theologian" calls for protests against the Church.  I say, "Go For It!"  It's just the nail the Church needs to seal the coffin of the Professional Ecclesial Left.

“They expect everything, everything for free, nothing to pay."  Of course they do.  Making them pay for stuff does violence to their self-esteem.   Wards of the State don't pay.  Sheesh.
Coptic Christian martyrs in Egypt.  "Arab Spring" not such a great thing for Christ's own.
Another Episcopal parish escapes the suicidal destruction of the Anglican Communion.  Welcome!
Server's down. . .achhhkkkk. . .sunlight!!!
Follow HancAquam & Check out my Wish List --------->
at 7:07 AM 4 comments:

I need a little help with a question about Aquinas' definition of truth in the Summa.

In my thesis I used what I thought was the definition of truth given by Thomas in the Summa: "Veritas logica est adaequatio intellectus et rei" (ST.I.21.2).  Because I had seen this definition quoted in Maritain, Lonergan, the Catholic Encyclopedia, and the recent Davies/Leftow translation of the Prima pars, and a couple of other places, I didn't check the Latin text of the Summa to verify it (mea culpa!).
One of my inquisitors. . .ermmmm. . .I mean, examiners pointed out that this definition never appears in the Summa.  The problem is the addition of the word logica in the definition quoted above.
Any ideas/suggestions/explanations out there about how the word logica got inserted into these sources?
Follow HancAquam & Check out my Wish List --------->
at 12:49 AM 4 comments:


On creating your own dragons to slay:  Challenge violent Islamic hegemony?  Too dangerous.  "Better to create a dragon that can only be slain with performance-art zombie metaphors.”
Occupiers & Tea Partiers:  "Scrape off the 31 different kinds of Marxist mold growing on the surface of the 99 Percenters, hose off the stench of urine, bong water, and failure, and you’ll find a complaint that many Tea Partiers can appreciate. . ."
Boston officials (all Dems) let Occupiers occupy their city w/o permits.  Not so much when the Tea Partiers were in town.
"Down with evil corporations," he wrote on his iPhone while balancing a Starbucks' venti latte on his Edie Bauer backpack.
Good morning!
Don't ask.   Just accept it and move on.
Hairy Captain Picard cradles a log.  No, seriously.
Rockin' goats.
She saw the whole thing!  And now she can't unsee it.
I can actually smell this picture.
Follow HancAquam & Check out my Wish List --------->
at 12:39 AM No comments: