After wading through some Plato, Aquinas, and Heidegger. . .I long for a bit of dungeons and dragons.  (NB.  No, Jesus didn't make me to be a philosopher!)

Facts Under Construction. . .the latest paranoid theater piece from the B.O. campaign.  LOL!
Dem Congressman:  "You don't deserve to keep all of [your money]. . ."  Now there's a campaign slogan if I've ever heard one.  Definition of "gaffe"?  When a politician tells the truth.
A Confederate flying machine?  Too late to save the South during the War of Northern Aggression.

Hate crimes against Christians on the rise in Europe.

The Holy See says the SSPX must accept the teachings of Vatican 2 if they want to rejoin the Church.  I wish the Vatican would say this to our more "progressive" brothers and sisters!
Abortion stats for NYC:  60% of black babies aborted.

Does the science of evolution debunk the faith?  Short answer:  No.  Nor can it.

My new favorite site:  Lifehacker.  Along the same lines:  Instructables.

Two B.O. appointed federal appeals court judges get the dates wrong.  They threw out a VA lawsuit based on an easily verifiable fact.

7 Reasons Why the Zombie Apocalypse will fail.  Yea, whatever.  I still want my Zombie Machete.

A recent survey of America's institutions is very bad news for Congress and very good news for the military.
Only 8% of those polled trust Congress.  Fifty-four percent trust the military.  At first I thought that this was an excellent result.  Congress doesn't really deserve our trust and the military does.
However, a second and third thought gave me pause.  Is this healthy?  I mean, is it healthy for a nation's citizens to trust its military more than its democratically elected representatives?
Don't get me wrong here:  I agree with these results!  America's military is a top-notch, professional organization stocked with well-trained, dedicated men and women who risk their lives daily for the maintenance of our nation's security.  Can we say the same for Congress?  Hardly.
So, what's the problem?  The military is not (and should not be) a democratic institution.  What does it say about the nation's direction that we trust an authoritarian organization more than a democratic one?
For a minute or two there I had visions of Americans welcoming military rule.  Is such a thing possible?  Of course it is.  Probable?  No.  But the level of anger and frustration with Congress, the President, and the Courts increases the chances of seeing some sort of authoritarian rule in the future.
Natural disasters, economic collapse, terrorism, etc. push us toward longing for the kinds of decisive, non-political solutions to our nearly overwhelming problems that the military could provide.  I am confident that our military men and women would resist taking on the power and responsibilities that martial law would require. . .
Sadly, religious institutions rank  slightly below our public schools as trustworthy.  Frankly, this is the spot we deserve.
Follow HancAquam & Check out my Wish List --------->
at 7:49 AM 4 comments:

St. John Chrysostom
Fr. Philip Neri Powell, OP
Blackfriars, Oxford U.
A strange miracle. Is the phrase “strange miracle” redundant or oxymoronic? Are you repeating yourself when you label an event not only “miraculous” but “strangely miraculous”? Or are you contradicting yourself? Writing against the heresies of Marcion in the second century, Tertullian uses Jesus' miraculous resuscitation of the widow's son to a make a point about Christ's relationship with his Father. In the process of making his devastating point, Tertullian quickly summarizes the scene from Luke and notes, almost off-handedly, “This was not a strange miracle” (Against Marcion, IV.18). Not a strange miracle? Correct me if I've misunderstood something here but Luke is reporting that Jesus has just brought a dead man back to life? Out of compassion for a widow whose only son has died, Jesus tells the woman not to weep, and then touches the dead man's coffin, and says, “Young man, I tell you, arise!” And he does. Now, Tertullian is telling us that it is not strange that a dead man rose from his coffin and started talking? Nothing odd about that at all. Nothing unusual in the least. Well, I am most confident in declaring that Tertullian and I have very different definitions of the word “strange.” To be fair to Tertullian, he's making a fairly broad point by using this Lucan miracle. His broader point is that the revival of the widow's dead son is not at all strange when viewed in the longer history of prophetic miracles. He asks, if God's prophets can perform miracles of such magnitude, why not His Son? Especially when the miracle bears the burden of revelation: “. . .they glorified God, exclaiming. . .'God has visited his people.'”
Just a day or two before reviving the widow's son, Jesus had healed the centurion's servant. In both cases, Jesus showed compassion and exercised great power. In both cases, his interventions gave witness to his ministry and glory to God. And in both cases, news of his words and deeds spread like wildfire over Judea. There is one interesting difference btw the two events. In the case of the sick servant, Jesus acts on a request for healing. No such request is made in the case of the widow's son. What's interesting is that the power and glory of God are revealed in both cases, whether those most directly involved in the miracle ask for God's help or not. Where Christ goes—preaching, teaching, healing—so goes the most exacting revelation of God possible. The truth of that revelation—God's Self-revelation—is not contingent upon the need, the desire, the faith, or the credulity of those to whom He reveals Himself. To those with eyes to see and ears to hear, He is uncovered, unveiled, and all there is to do is give thanks and praise! For others, strangeness abounds when a miracle occurs and there is nothing to do but seek an empirical explanation.
Let's ask a somewhat difficult question: do we need a strange miracle to occur before we can say with the utmost confidence: “God has visited His people!”? Do we need a man several days dead revived? Do we need a sick servant healed from a distance? If so, if we, if you need a strange miracle to believe, ask yourself why. Why do I need such thing? And consider: God visits His people daily in the Eucharist. In the breaking of the bread, a great prophet rises among the people. God's mercy; His healing touch; His cleansing spirit; all the gifts necessary to come to Him in the perfection of His Christ. . .all freely available right here in His Church. Think of them as miracles. . .strange little miracles, if you want. Regardless, strange or not, miracles or not, in the Eucharist, all of the sacraments, Christ touches you and says to you, “Arise!” Arise from death. Arise from sin. Arise from disease, doubt, distress, worry. Arise, speak, bear witness, and be yourself a revelation of God the Most High!

Received word about the comprehensive philosophy license (Ph.L.) exams. . .
The three hour written exam will take place on Oct. 7th.  The oral exams on the themes paper and the license thesis will take place either on the 6th or the 8th.
Please pray for me and all those taking the exams!

A chronicle of how the "Religion of Peace" persecutes Christians.

The New Tone. . .now with 75% less civility!
Sigh. . .no disciplinary action against those Protestant ministers pretending to be Catholic priests in Austria.  Wish I could at least feign surprise.
"Barack Obama’s vanity is that he believes he is a world historical event."

Immigrants fleeing across the border to find jobs in a healthier economy. . .Americans moving to Canada. 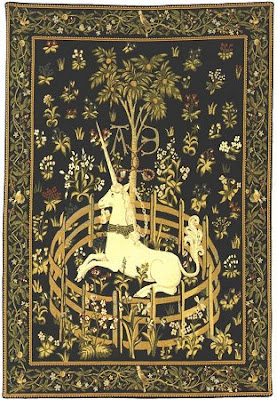