I haven't posted pics of my paintings in a while. . .

Below of some of the latest: 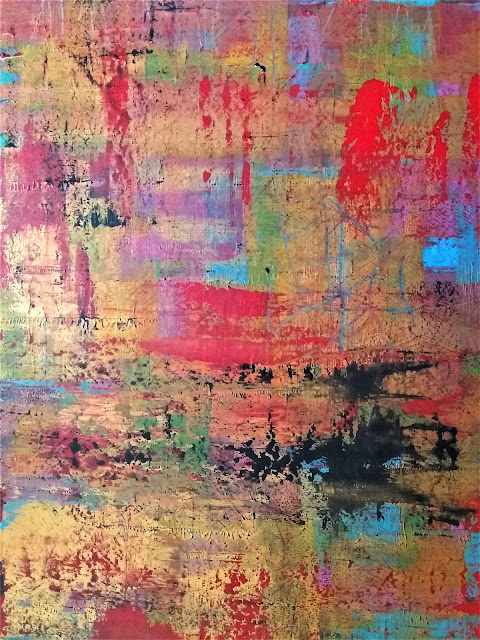 Calls into being what does not exist (18x24, acrylic, canvas board) 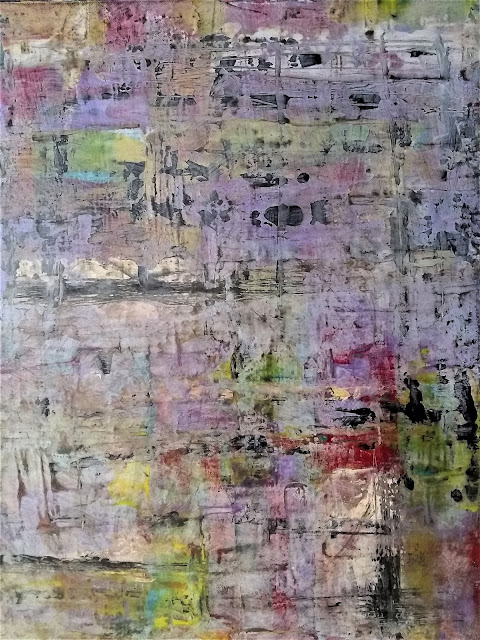 Things of the past shall not be remembered (18x24, acrylic, canvas board) 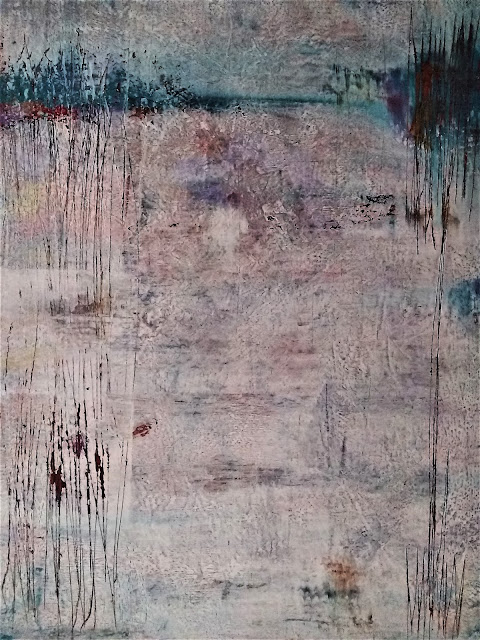 If you were the older son in this parable, I'm betting you'd be angry too. I'm also betting that if you were the younger son – the Prodigal Son – you'd be overwhelmed with joy to be received back into your family. This parable remains a powerful spiritual lesson after 2,000 years b/c on any given day, each one of us can identify with either the Older Son or the Prodigal Son. We might even identify with both at different times in the same day. Who here hasn't been relieved of the burdens of sin and felt truly grateful? And who here hasn't resented That Sinner Over There being forgiven w/o so much as a slap on the wrist? When TSOT is me, I'm delighted. But when it's someone else – esp. someone who's hurt me – I'm resentful. During Lent, we face our temptations head-on and deny them through our victory with Christ on the cross. The temptation we are confronted with this evening is envy. So, our question is: are you envious of the Father's mercy toward others? Do you resent His generosity in forgiving the sins of others?

The older son is angry b/c his father welcomes back his wastrel of a younger brother. There's a feast of fattened calf. Gifts. Wine. Back-slapping. Tears of joy. Lots of hugging. And no one seems to be paying much attention to the fact that the young man abandoned his family; left the older brother to do his share of the work, and all the while blowing his inheritance on wine and prostitutes. Why is our father celebrating my brother's sins? Why isn't he heaping scorn and abuse on him? Why aren't we all shunning him and making sure that we knows how much we disapprove of his behavior? It doesn't take much for us to put ourselves in the older son's shoes. Other peoples' public sins need to be point out, named as such, and the sinner admonished. Even better: shame the sinner into repenting publicly and then show him/her doing penance. Call this a deterrent to future sin. If we don't see all this Penitent Drama for ourselves, then we really can't say for sure that the sinner has been properly punished, now can we? From the Christian perspective, what's missing here? What is the Older Son missing in his petulant anger? His father answers, “My son, you are here with me always; everything I have is yours. But now we must celebrate and rejoice, because your brother was dead and has come to life again; he was lost and has been found.’”
The father in the parable tells his angry son to celebrate the return of his repentant brother. Our Father in heaven tells us to celebrate the return of our repentant brothers and sisters. Rather than worry about the sin, rejoice that a sinner has come home. Rather than agonize over whether or not forgiveness signals that a sin isn't really a sin, rejoice that a sinner has turned back to the Lord. Rather than be angry that a sinner – even a lately repentant sinner – has finally repented, rejoice that the Father's mercy is freely given to all who ask for it. In other words, if you are going to choose to be a character in this parable, always choose to be either the Prodigal Son or the Forgiving Father. . .never the angry, envious Older Son. Choose to come home, repentant and receive the Father's welcome. Choose to be the one who welcomes the sinner home and throws him/her a party for finding the way once again. Never choose to be the one who out of jealousy and petulance separates himself from his Father by being envious of God's infinite and unfailing generosity. That infinite and unfailing generosity includes you. . .always. As we quickly close on Holy Week and Easter, now is the time to repent of any jealousies, envious thoughts or words, esp. if those thoughts and words begrudge others of the Father's mercy for their sins. Remember what Jesus said to us last week: “Repent, or you will all perish.”