On March 19th, someone purchased three books from the Wish List.

If those books were meant for me. . .they never arrived.

If they were meant for the purchaser's library, please let me so I can add them back.

The Life of the Mind, Hannah Arendt 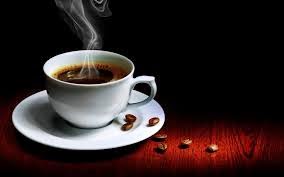 Here's a first: I agree with Andrew Sullivan!  "If we are about intimidating the free speech of others, we are no better than the anti-gay bullies who came before us."

Purge the 7 million! Why do the seven million voters in CA who voted for Prop 8 still have jobs? Why haven't the Brownshirts targeted black churches?

Bishop backs his priest in denying communion to pro-abortion politician. Gotta be a first these days.

Now with sound AND video!

Video begins 10 mins before the start of Mass:

Why is the V.A. hiding the names of hospitals where delays caused the deaths of our veterans? It's almost as if they're afraid we'll discover that gov't health care is incompetent.

Why is this sheriff's office hiding a search warrant? It's almost as if they searched the wrong house.

Why is a gun-running, pro-gun control CA state senator not making headlines in the MSM? It's almost as if. . .because. . .Democrat. Oh.

Why have the Dominicans taken over The Jesuit Post? Because. . .Jesuits. Oh.

Noah is a movie-length ad for the Voluntary Human Extinction Movement. Definitely not wasting my money on this.


Abuse scandal: $2.74 billion. This doesn't include the cost of the lost reputations of the falsely accused, or the cost to the Church in lost souls and moral credibility.

The "Instant Karma" video. . .my question: was she texting while driving? I was almost hit three times last week by drivers who were texting.

Awake! Rise from the dead!

4th Sunday of Lent (A)
Fr. Philip Neri Powell, OP
Our Lady of the Rosary, NOLA

Jesus passes by and sees him. Everyone in town has seen him. But Jesus sees him for who he is and not as his sin makes him appear. Jesus sees a shining soul bound by sin, a man born blind and in desperate need of sight. Spitting on a handful of dirt, Jesus makes a paste and smears it on the beggar’s darkened eyes. He sends the man to wash in the Pool of Siloam. The beggar comes back wet and smiling. He can see! His eyes are open, and he is blind no more. How is he healed? Magical dirt? Holy spit? Blessed water in the pool? None of these. Jesus says, “Go wash in the Pool of Siloam. . .So he went and washed. . .” He is healed by the grace of obedience; he listens to Jesus and does as he is commanded to do, making his work righteous and fruitful. The Pharisees—always out to catch Jesus doing something illegal—question the man about his healing miracle. The man describes what Jesus did, and some of them say, “This man is not from God, because he does not keep the sabbath.” Other among them anxiously disagree, “How can a sinful man do such signs?” Confused, worried, looking for an explanation, the conflicted Pharisees ask the man, “What do you have to say about him, since he opened your eyes?” We can imagine the man grinning, knowing that the men will not like his answer. He says with solemn assurance, speaking the truth despite the consequences, “He is a prophet.” When we live as children of the light, we produce “every kind of goodness and righteousness and truth.”

The miracle of the man born blind is a story about a man regaining his sight. It is also a story of ignorant man finding enlightenment through faith. He is both physically blind and spiritually blind. His eyes do not function as they should and his soul is cast in the darkness of sin. Jesus heals his eyes so that the man can see, and Jesus heals his soul so that the man can proclaim the truth free of sin. He freely admits to the Pharisees that he believes Jesus to be a prophet sent from God. The Pharisees reject this claim b/c the miracle is performed on the sabbath. How can he be of God if he violates God's law? But what they are really worried about is the possibility that Jesus may really be who he says he is. But why would God allow a blasphemer to perform miracles? Rather than seek the truth, rather than see the truth right in front of them, the Pharisees ridicule the poor man and throw him out. Darkness—whether it is physical or spiritual—cannot tolerate the light. When we flip on a light switch, darkness flees. When we expose those who live in darkness to the light of truth, they often become angry, intolerant, and violent. The truth hurts. It also heals.

As children of the light, even as we struggle and often fail, our ministry to the world is to bear the truth. Paul urges the Ephesians, “You were once darkness, but now you are light in the Lord. . .Try to learn what is pleasing to the Lord. Take no part in the fruitless works of darkness; rather expose them. . .” Like the man healed of his physical and spiritual blindness, we are sent to the Pharisees of our generation to speak a simple yet powerful truth, “Jesus is Lord.” And like the man Jesus heals, we are ridiculed and thrown out by our own Pharisees. We are thrown out of the public square and told that our faith has no place in a secular society. God's truth, we are told, is narrow-minded; it's sexist, racist, homophobic, cold-hearted, thick-headed, and probably violent. Faith is an intensely private and highly subjective matter that should be practiced only at home, if at all. Keep your religion out of our schools, our universities, our courts, our legislatures, and keep it out of the White House. Keep your morality out of our bedrooms, our hospitals, and our boardrooms. In fact, your “truth” is so dangerous to the liberty of our civil society that we think it's best for you to just shut up altogether and pretend that you actually live in the 21st century with the rest of us! How odd that such a simple-minded faith steeped as it is in so much medieval superstition can evoke such a heated overreaction, so much hatred and venom. Truly, the truth hurts. But it also heals.

Paul challenges the Ephesians (and us) to expose the works of darkness to the light of Christ b/c “everything exposed by the light becomes visible.” And everything made visible becomes light. In other words, when we expose the works of darkness to the light of truth, these dark works are transformed into tools useful to the work of telling the truth. So long as they remain in darkness, they do their work in secret. Once exposed to the light, we see them for what they really are: corruption. And not only do we see them for they are, we see the extent of their corrupting influence, all the ways in which they have secretly labored to destroy the goodness, truth, and beauty of God's creatures. With God's help and their faithful cooperation, workers in darkness can and will come to the light of Christ. This is our fervent hope. And not b/c we want higher numbers for the church rolls, or more voters “on our side” at election time, or more money in the collection plate. But b/c we are vowed to spread the light of the gospel, and we rejoice to welcome anyone healed of their blindness.

Lest we start to take sinful pride in the work of shining Christ's light into the darkness, we must remember that we are ministering to a sinful world out of a deep conviction of our own capacity for sin. It is not our job to pass judgment the world. It is not our job to hand down a verdict on the sins of others. Leave that to God to do in His own time. Our job is to tell the truth, the whole truth; to spread the news of God's merciful goodness; and constantly to point to the sacred beauty of all life His creation. Our job is live lives that clearly, without compromise or hesitation, proclaim to anyone who will listen, “Awake, O sleeper, and arise from the dead, and Christ will give you light.” Our credibility as witnesses to God's merciful love is directly tied to our ability, our willingness to be merciful. . .even when all we want is cold justice, especially when all we want is cold justice. Notice what Jesus does not do when he hears that the man he healed has been ridiculed and rejected by the Pharisees. He doesn't rail against the Pharisees. He doesn't sue them, or start a petition drive to get them fired. He doesn't take a special interest lobbying group to get laws passed against bullying those healed of blindness. Instead, he goes to the man and asks, “Do you believe in the Son of Man?” The man answers, “I do believe, Lord.” Jesus asks the man the one question that matters most, giving him the chance to offer the worship due to the King of Kings. 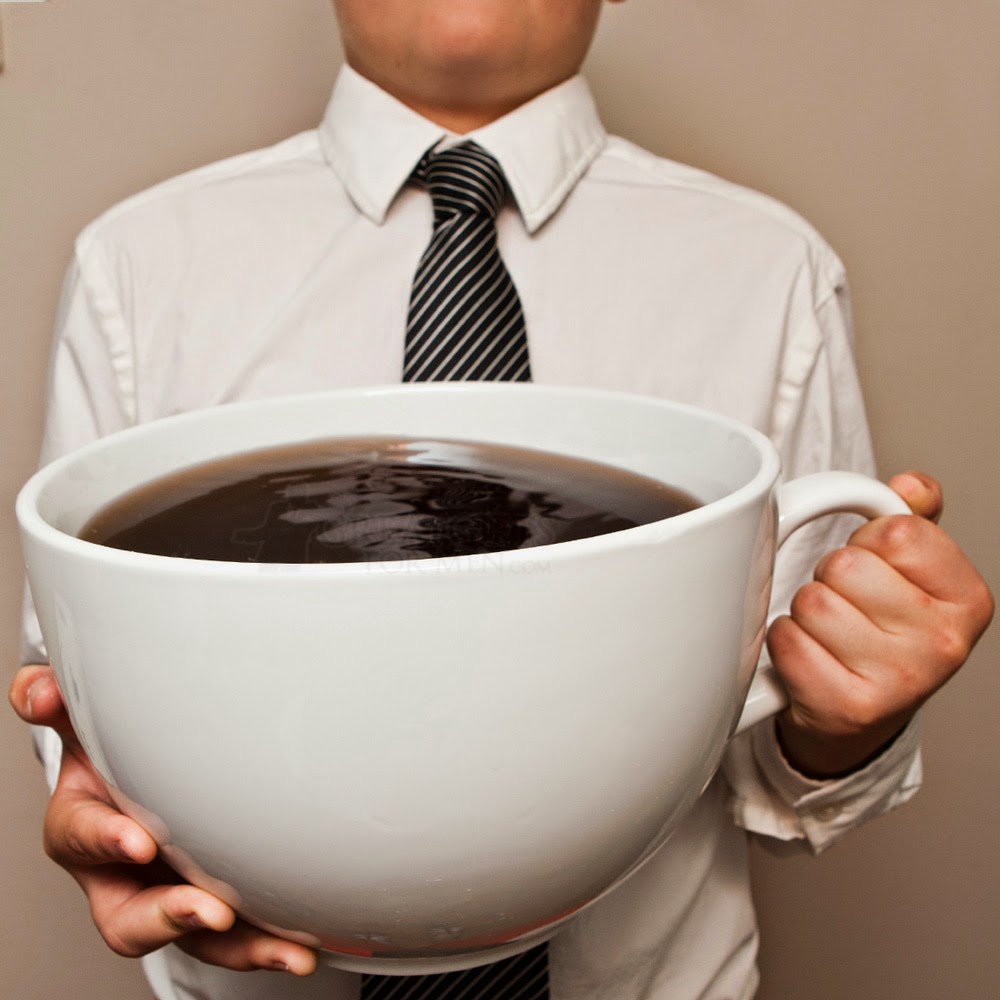 How do you know you've won the argument? When your opponents want to put you in jail to shut you up.

Or send you to "counseling" for thinking UnGood Thoughts.

Enough with the dynastic GOP politics already! Geez! Is it going to be Bush vs. Clinton again in 2016?