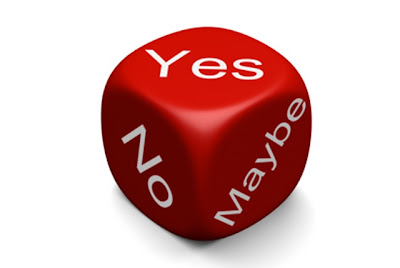 Say yes and mean yes. Say no and mean no. What could be easier? Not much. Yet doing so seems to challenge most of us at some fundamental level, at some deeply seated place where humility rarely goes, where vanity rules in all it ugliness. Jesus is not asking his students to avoid cussing. He’s not asking them to swear on something a little less holy, a little less spiritual. He is teaching them not to swear oaths at all because their Yes must mean Yes and their No must mean No. To swear an oath as a witness to the value of one’s word is itself an admission that one’s word is worthless. There is nothing that an oath can add to one’s word that makes that word more believable, more valuable, any truer. Swearing by heaven, earth, the throne of God, the city of the ancestors, your mama’s grave, your daddy’s favorite whiskey, none of these can change a false word from a false heart into a true word from a holy heart. Saying Yes and meaning Yes, saying No and meaning No is a matter of humility, of knowing and loving your most basic relationship to God: total dependence, complete contingency.

Not “taking the Lord’s name in vain” is an old, old prohibition that reaches all the way back to Moses on the mountain and the stone tablets he brought down to the valley. At the top of the list of Thou-Shalt-Not’s is the Lord’s commandment ordering us not to use His name frivolously, vainly, not to invoke lightly His witness in our favor. Like most of the Top Ten, this commandment sets up a relationship between the human and the divine, a means of being in touch with God that reminds us that we are made beings—limited, contingent, and therefore completely dependent on He Who Is. Jesus shows his friends what it means for a Law to be fulfilled and teaches them what it means to be a creature of the Creator. Knowing one’s dependence is not meant to be humiliating but rather humbling, not at all fearful but rather awe-inspiring! Surely it is better for us to be dependent creatures of a loving Creator than independent monsters of an accidental cosmos.

To be contingent creatures of a loving Creator means that we find ourselves at once imperfect in His glory but gifted with everything we need to become perfect with His glory. The first vital step we must take is to recognize the truth of our Being-Here, that is, we must come to understand our purpose in light of our existence, the fact that we exist at all. Jesus teaches his disciples that heaven, earth, , even the hair on our head belongs to God, so calling on any of these to witness to the truth of our word is the same as calling upon God to vouch for us. But God Himself is Truth, so all we need do is say Yes and mean Yes, say No and mean No…and God is there to witness. When we speak the Truth, we are allied with our creator, and His purpose for us is perfected in us. In other words, the purpose of our dependent existence is to come back to God through Christ, looking, sounding, behaving, and loving as much as like Christ as we possibly can. We cannot accomplish this goal by simply “doing good” and avoiding evil. Jesus has said again and again that the intent of the heart feeds the act—committing adultery, murder, blasphemy are all horrible sins; but we sin as well when we intend adultery, murder, blasphemy; when we lust, nurse anger, believe ourselves worthy of God’s testimony on our behalf.

Let your Yes mean Yes and your No mean No: anything less betrays your created purpose, poisons the way to your gifted end. 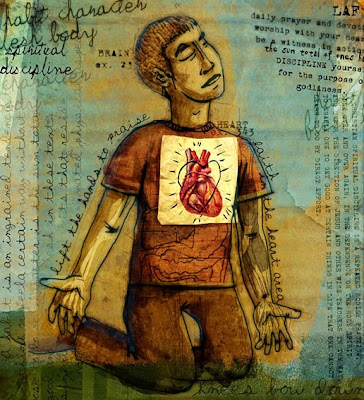 We believe that hard work should result in great rewards. We tend to think that striving toward a goal with almost single-minded determination is a virtue. Also, when we are promoted, well-paid, congratulated, or in some way praised for our work, we see this adulation as well-earned and deserved. How often were you told as a child that good grades in school are the result of “hitting the books” and studying hard? We might even go so far as to say that academic failure is a kind of intellectual laziness, a mental lounging-about that inevitability results in a lackluster education. Who would argue that Americans bind hard work with good fruits? Competition for success is what made this country great, right? However, can we say that competition in the life of the Spirit makes us great? Well, Jesus certainly seems to think so.

After proclaiming to his disciples that he came to fulfill the Law and not to abolish it, Jesus makes a rather startling statement: “I tell you, unless your righteousness surpasses that of the scribes and Pharisees, you will not enter into the Kingdom of heaven.” There it is. Jesus himself teaching us that our entrance into heaven is a matter of winning a moral competition, a race toward being “more in right relationship” with God than the next guy. This race won’t be easy to win. The scribes and Pharisees know the Law better than we do. They have had more practice following the minutiae of the rules. They are naturally inclined and socially conditioned to step around both large and small violations of the regulations. And they have a long-established and morally vigilant community to call them to task when they fail. Fortunately for us, as good American entrepreneurs and sports nuts, we are game for a hard race! But unfortunately for both the scribes and Pharisees and for us, Jesus is not a moral referee nor is he our coach in the sport of righteousness.

Immediately after teaching his disciples that they must surpass the righteousness of those who follow the Law, Jesus tells his friends that being righteous is not a matter of external observance of the rules but rather an internal disposition toward the good of the Other. In other words, using Jesus' example, it is more righteous to avoid being angry with your brother than it is to simply avoid killing him. Does this mean that it is possible to kill your brother in charity and advance in righteousness? Of course not. What it means is that what judges us as either righteous or unrighteous goes well beyond how we behave. We cannot believe that a brother is foolish, that is, bereft of moral sense, and at the same time claim a right relationship with God. The new commandment, the most perfect moral order is love not behavioral correctness judged by law.

Let’s put this in terms with which we are more familiar. Despite decades of social engineering and the rule of political correctness, we are still diseased with racism, sexism, and any number of other “-ism’s” that tempt us to violate the dignity of God’s rational creatures. As Christians, we would never use racial slurs, sexual smears, or any other sort of language that degrades or insults our fellow man. Do these imposed restraints produce good will? No. P.C. terms hide contempt, foster resentment, and encourage ridicule of those we ought to respect as children of the Father. In other words, following the law of political correctness is a sure fire way of avoiding true conversion, honest righteousness. How so? Just as the scribes and Pharisees believed that they were “being righteous” by dotting every “i” and crossing every “t,” we too are inclined to believe that by merely avoiding insulting labels we come to love those who differ. But loving those who differ is much more difficult than expunging our vocabularies of obnoxious words.

Jesus came to fulfill the Law. If we will come to love one another we must do so as a matter of our faith in Christ, that is, we must do so as a consequence of having suffered and died with Christ and risen again with him to a newer life, a fresher way of moving and being with one another. That way is the way of obedience and sacrifice for the other, being Christ not only for family and friends but being Christ most especially for those we find to be the most contemptible, the most unworthy of our love. This is what Christ did. This is what we have vowed to do.