An examination of conscience for torture defenders. . .

No. Pope Francis did NOT say that animals go to heaven. Never, never, never believe a word the media report about the pope, the Church, or much of anything else for that matter.

A 3rd century refutation of astrology. . .

Socialist roots of the Nazis. . .

Behold! The ethics of Narrative Journalism: ". . .to let fact checking define the narrative would be a huge mistake.”

Delicate Snowflake law students allowed to postpone exams due to trauma caused by the the justice system working.

Community enraged: rape allegations against nine men. . .we must learn from history!

The GOP learned nothing from the mid-term election. Nothing. 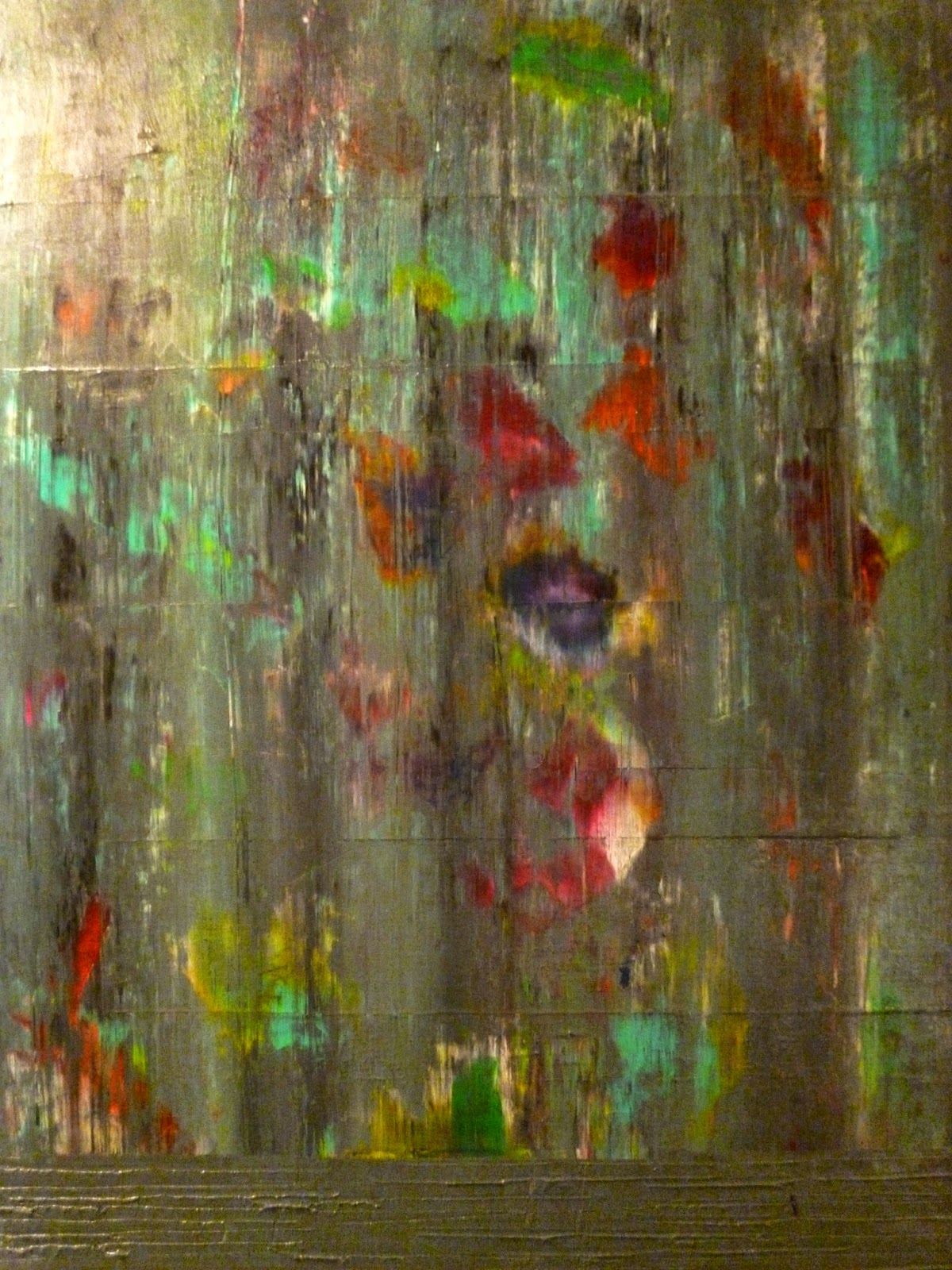 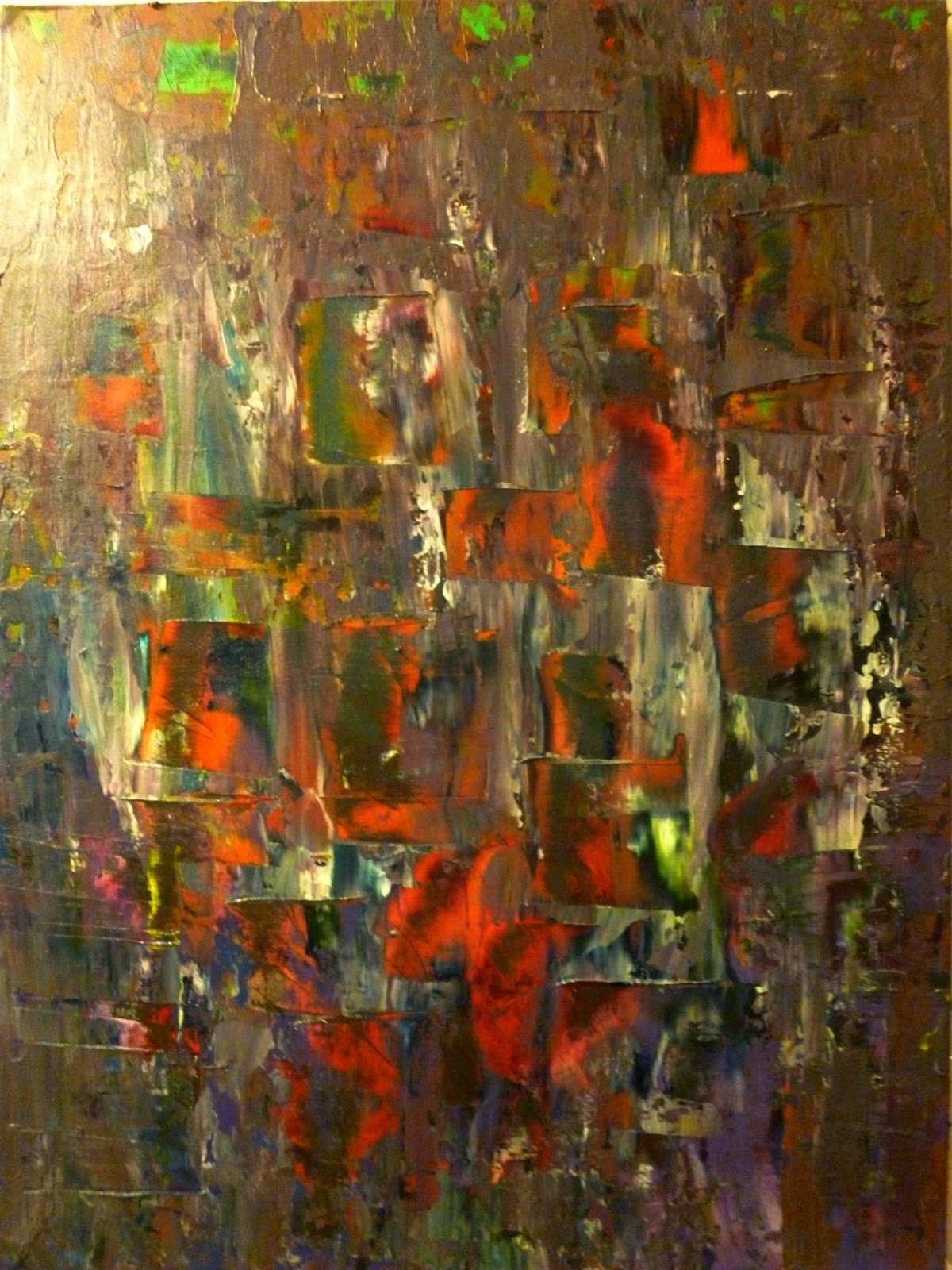 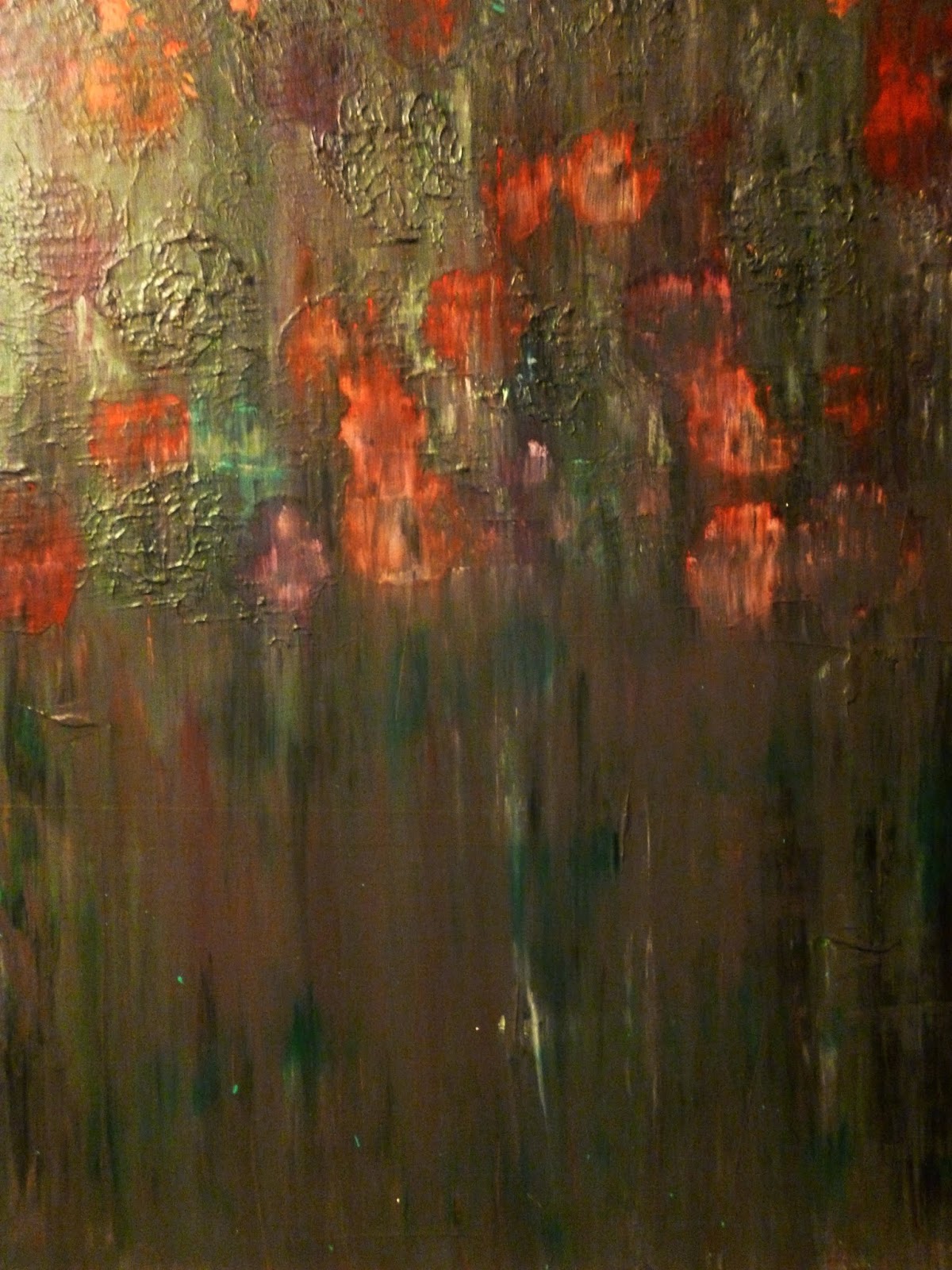 On the Proper Use of Ample Friar-Bellies

Baby Leo says, "Ample friar-bellies are good for bouncing on!" 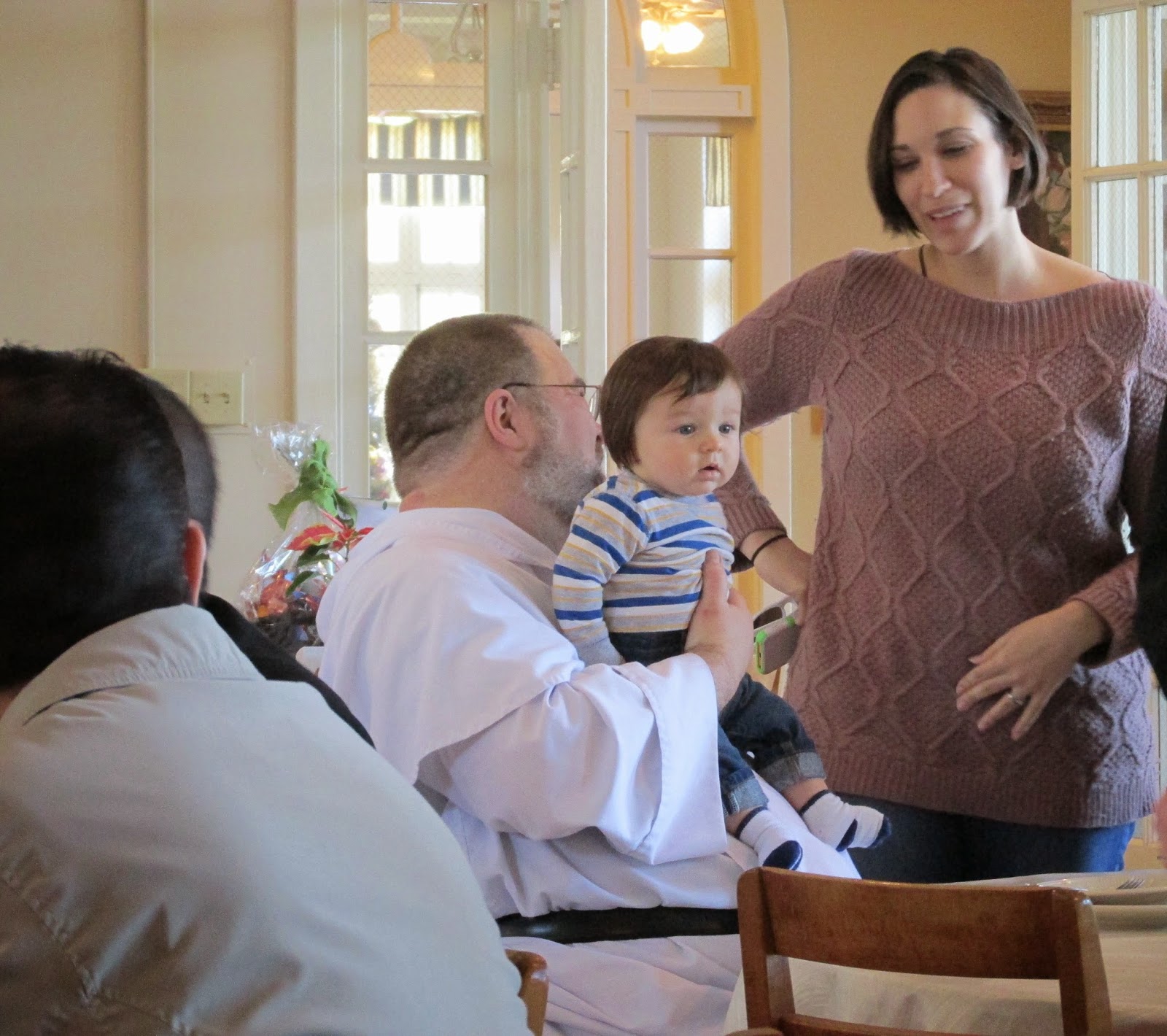 Ineffabilis Deus: on the Immaculate Conception


I have heard the dogma of the Blessed Mother’s immaculate conception called everything from “unnecessary political propaganda” to “Mary’s crowning as the fourth Person of the Blessed Trinity.” Our Marian dogmas tend to get folks a little overexcited: Mary is a Catholic goddess. Catholics believe that Mary is equal to Christ as our Redeemer. Since Mary is the Mother of God, it is actually her flesh and blood we consume at the Mass. No doubt some of these errors are the products of overeager amateur theologians. Some are intentional misrepresentations made for scoring points against the Church. Others are half-heard, misheard, or re-heard rumors and poorly memorized fifth grade catechesis! So, let's set the record straight on the Dogma of the Immaculate Conception.


We are here this evening to celebrate one of those oft-misheard, misunderstood Marian dogmas: the Immaculate Conception. On this day in 1854, Pope Pius IX issued an encyclical titled, Ineffabilis Deus (“Ineffable God”). In this letter our Holy Father writes: “We declare, pronounce, and define that the doctrine which holds that the most Blessed Virgin Mary, in the first instance of her conception, by a singular grace and privilege granted by Almighty God, in view of the merits of Jesus Christ, the Savior of the human race, was preserved free from all stain of original sin, is a doctrine revealed by God and therefore to be believed firmly and constantly by all the faithful.” Let’s look at what this statement says and then look at what it means. Here’s what we need to notice:

1). The phrase “we declare, pronounce, and define that…” establishes Ineffabilis Deus as an infallible papal pronouncement. Not the first nor the last. Please note that papal infallibility wasn’t officially defined (i.e. “limited”) until 1870 at the First Vatican Council some sixteen years later.

3). Mary’s immaculate conception in her mother’s womb was achieved “by a singular grace and privilege granted by Almighty God…” This was a unique gift to Mary, an individual dispensation made especially for her.

4). Mary’s preservation from O.S. was made possible by “the merits of Jesus Christ, the Savior of the human race…” Mary did not save herself nor preserve herself from original sin. Like the rest of humanity, our Mother, very much a human woman, was “saved” by Christ.

5). Pius IX defines “immaculate” as “preserved free from all stain of original sin…” In other words, Mary was spared the effects of the Fall and was thus perfect in her humanity while living among us, remaining sinless her entire life, leading to her bodily assumption into heaven.

6). As already noted, the doctrine of Mary’s immaculate conception has always been believed by the Church. Pius IX’s 1854 declaration simply elevates the doctrine to the rank of dogma, teaching us that Mary’s sinless state at the instant of her conception “is a doctrine revealed by God and therefore to be believed firmly and constantly by all the faithful.” Believing firmly and constantly in the truth of the Immaculate Conception is not optional for Roman Catholics; it is definitive of the faith, i.e. de fide.

That’s what the Dogma of the Immaculate Conception teaches. What does it mean? Think about what Mary the virgin girl was asked to do by the angel Gabriel. She was asked to assent to conceiving, carrying, and giving birth to the Word of God, His only Son. Gabriel greets Mary with, “Hail, full of grace! The Lord is with you!” Mary is scared nearly speechless by this and “ponders what sort of greeting this might be.” Gabriel, seeing her distress, says, “Do not be afraid, Mary, for you have found favor with God.” Mary assents to the angel’s request to be the Mother of the Word among us, saying, “Behold, I am the handmaid of the Lord. May it be done to me according to your word.” Not only does the I.C. explain how the Son of God becomes the Son of Man w/o the stain of Original Sin, the dogma also foreshadows for us the conception of the Church.

Mary gives the Christ his flesh and bone. The Church is the Body of Christ on earth, making Mary our Mother.

Mary gives birth to the Word made flesh. The Church in the flesh –that's all of us—preaches and teaches the Word to the world.

As members of the Body of Christ, we are given the dogma of the I.C. as more than a theological explanation, as more than an infallible definition of Catholic truth. The I.C. is for us a way of knowing our Father and the strength of His fidelity to His promises. Paul teaches us that God chose the Church, as he chose Mary “before the foundation of the world, to be holy and without blemish before him.” Immaculate. Like Mary, “we were also chosen…so that we might exist for the praise of His glory…” Mary is the exemplary church, the ideal body of believers assenting to the will of God; conceiving, carrying, giving birth to the Word daily, hourly before the world, for the world. And for this purpose, Mary and the Church were themselves conceived, carried, and birthed without the stain, the burden of sin. This solemnity is a singular grace, a gifted moment where we glimpse not in passing but in perpetuity the overwhelming power of our Father to accomplish through Christ the promises He made to our ancestors long ago: a virgin will conceive a son and he will be called “Emmanuel,” God-with-us, Jesus the Christ!
___________________

UPDATE: Got to the pulpit, turned on the recorder, it flashed "Batt Low" once and then died. It was fine this morning.

I'll be preaching w/o a text at OLR this evening. I'm too distracted/busy/exhausted to write with any kind of enthusiasm or authenticity.

I could recycle an old homily, but that's a lazy dodge. . .one I've used too often lately.

I've put my recorder in my habit breast pocket so that it's not forgotten.

Finished these two this morning. . . 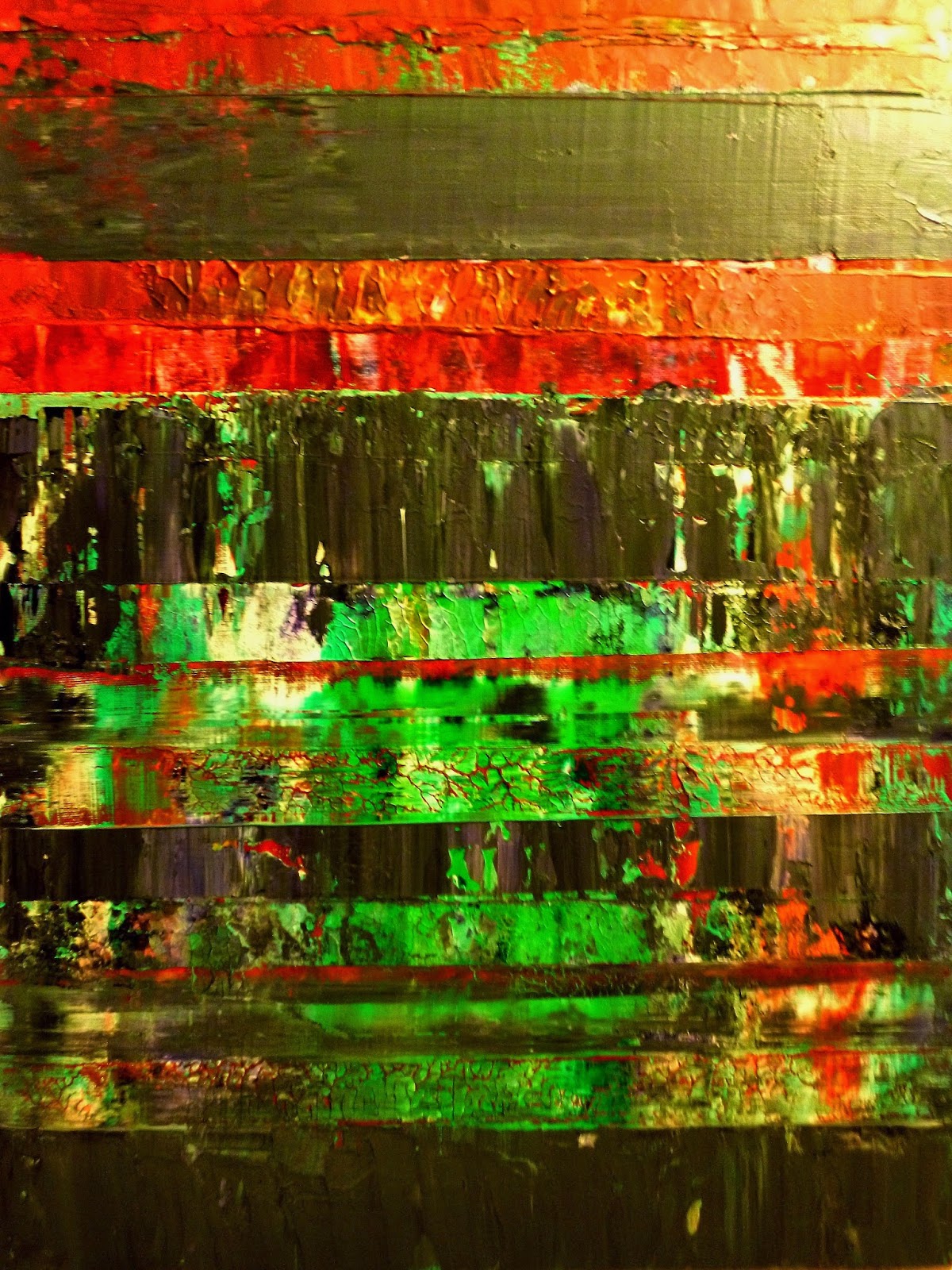 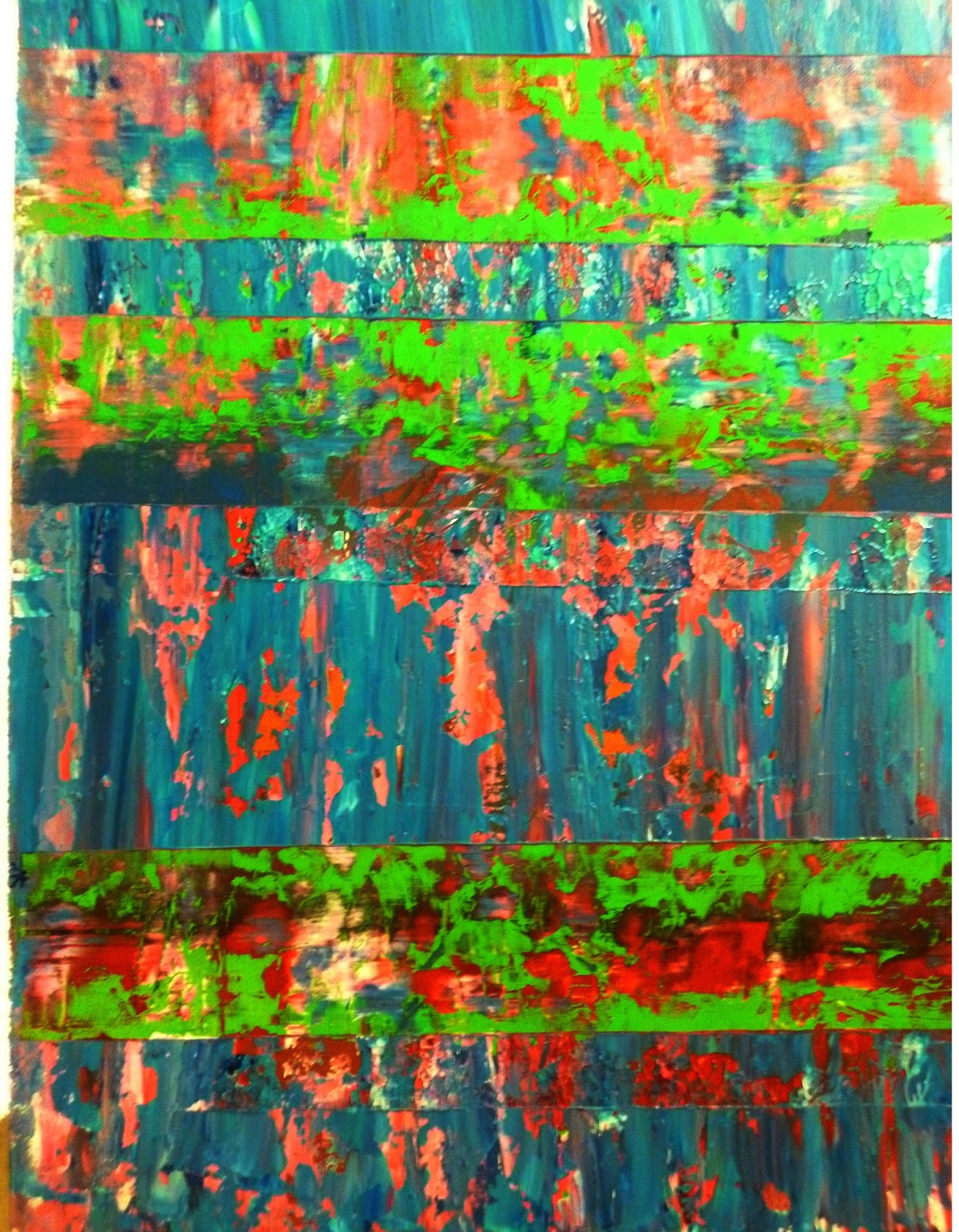 Here are three new paintings and two re-runs. These were taken with the Surprise Package I rec'd last week from a Secret Santa. 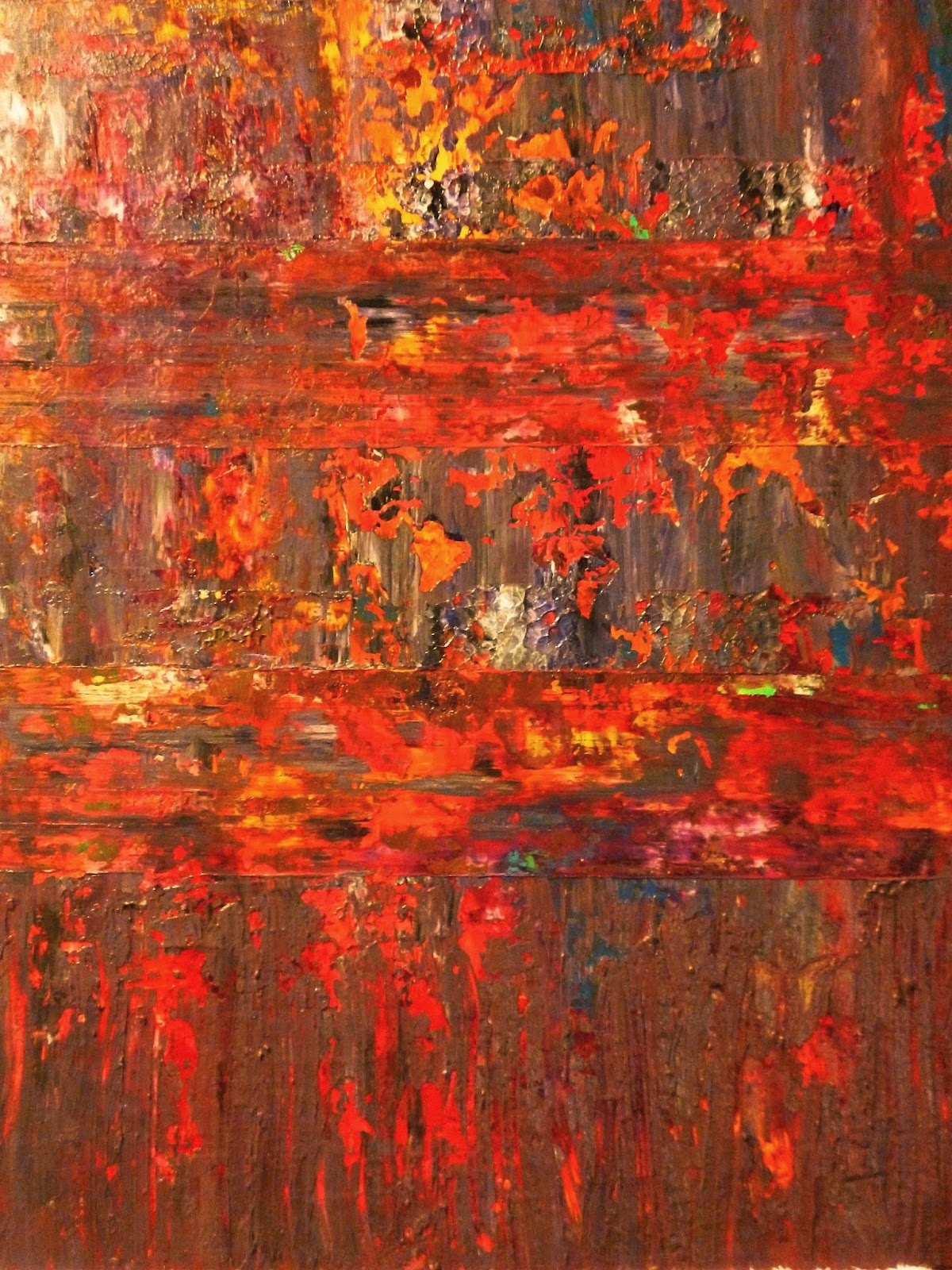 Moses in the Bullrushes (16 x 20 canvas board) SOLD 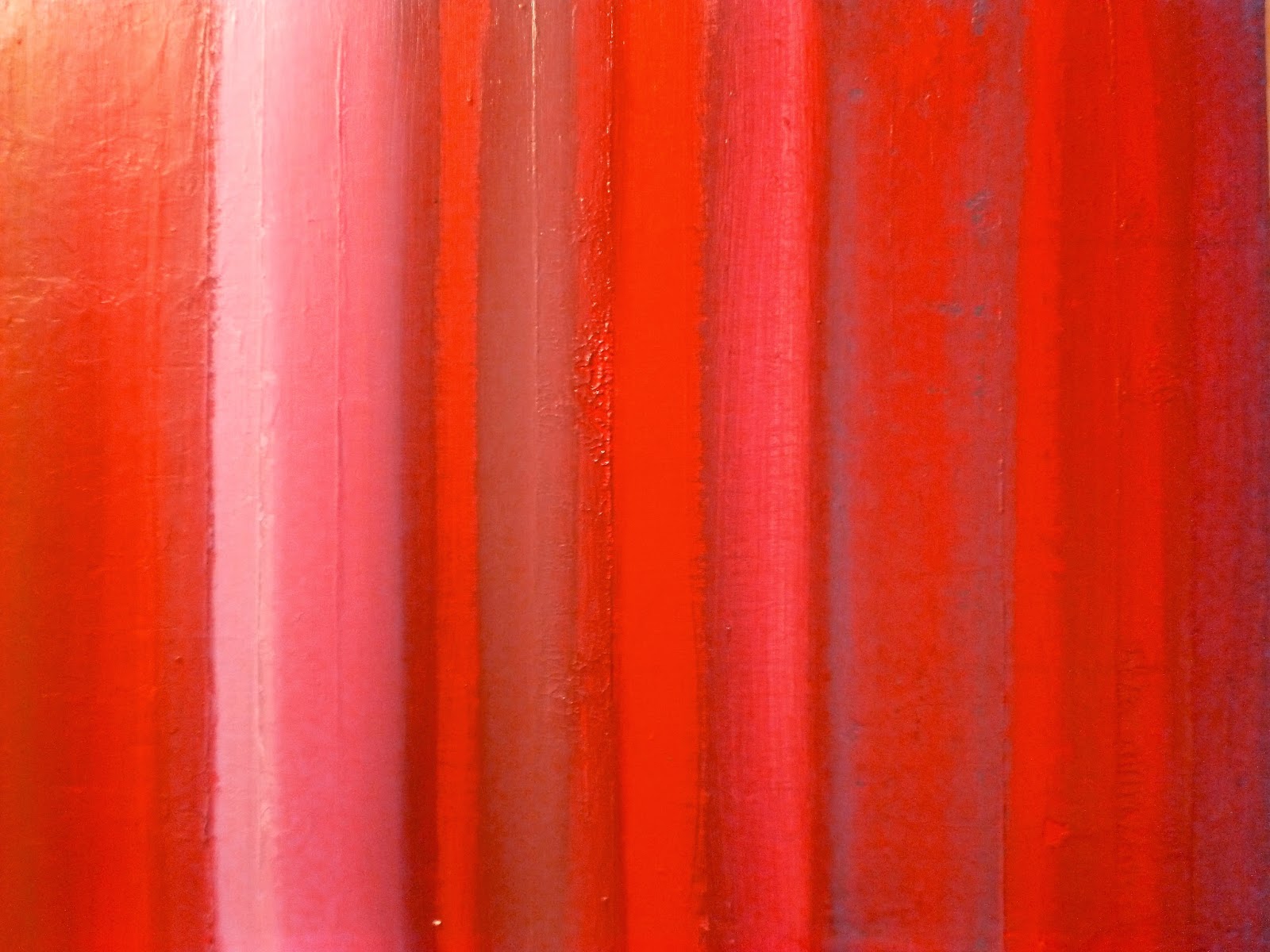 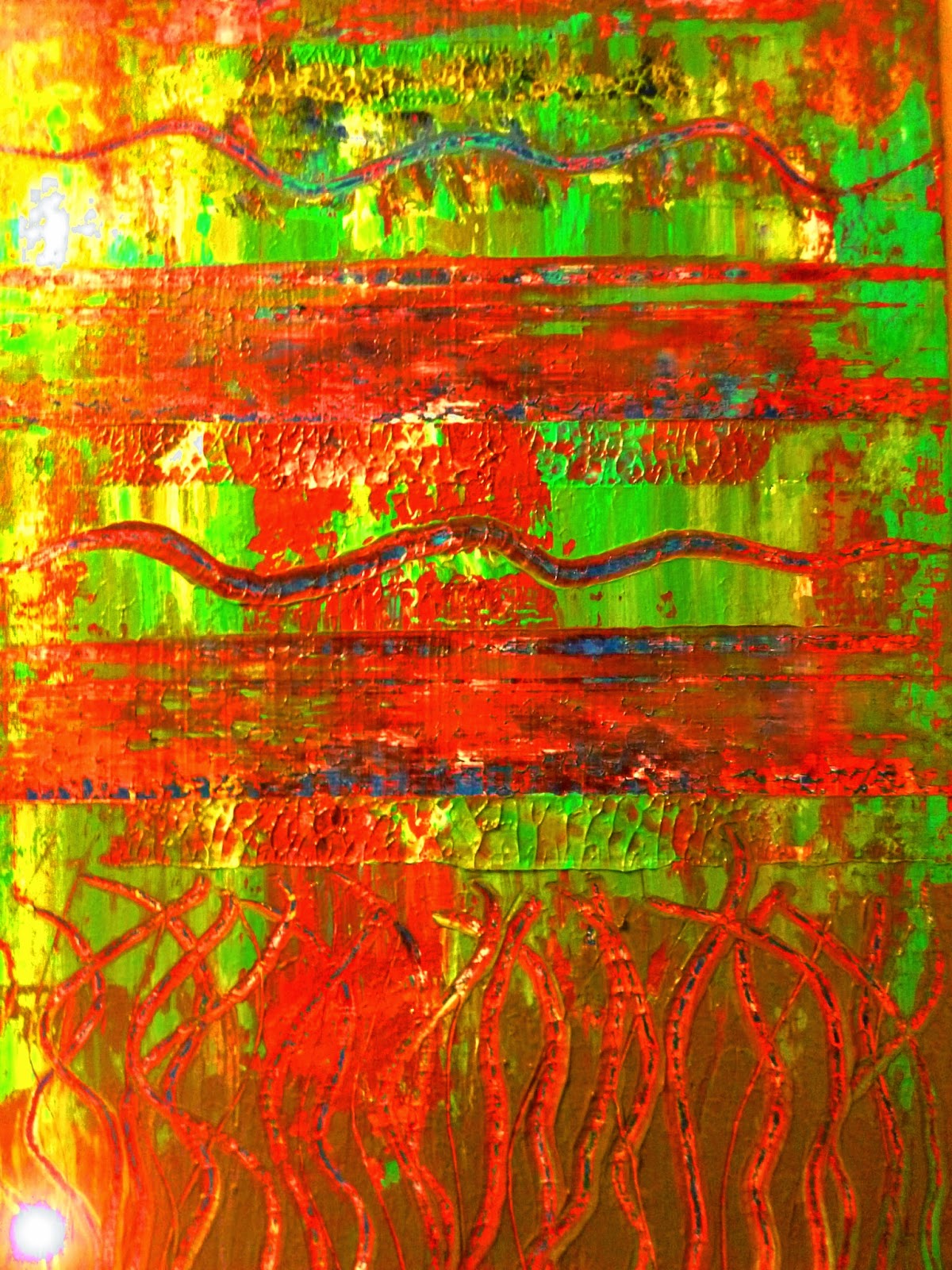 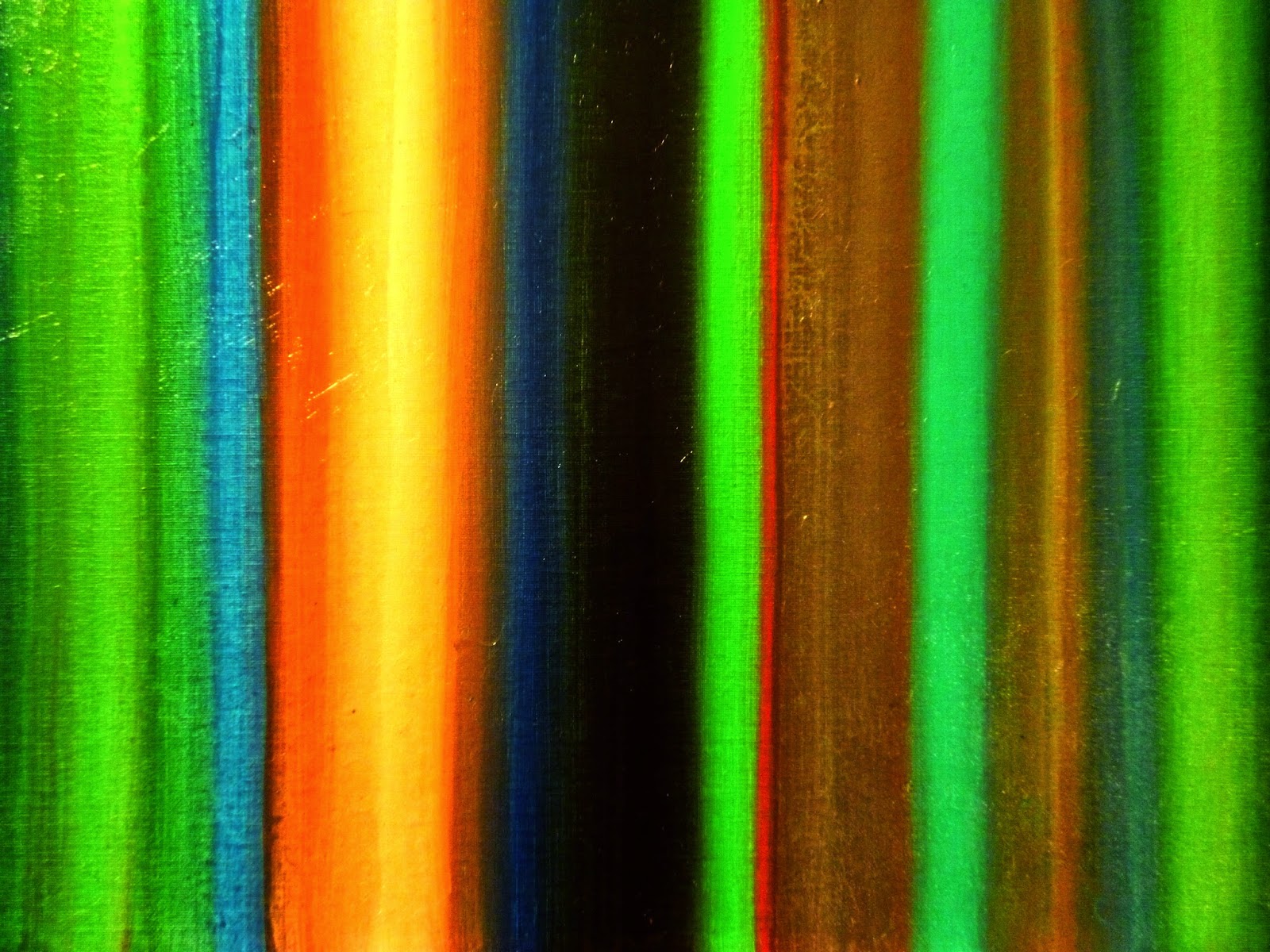 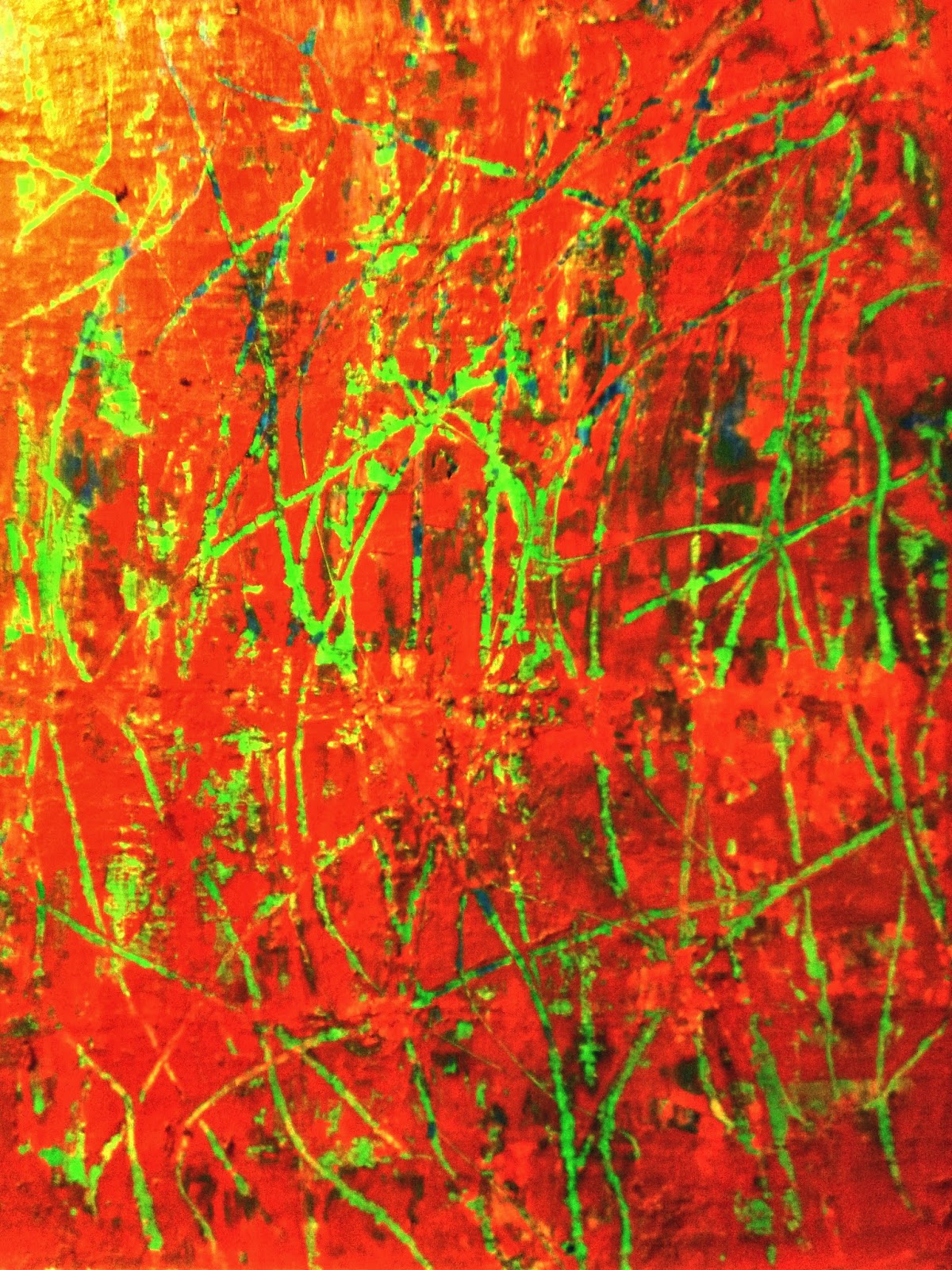 The UVA gang-rape hoax and the goals of "Narrative Journalism."  This is how our universities are teaching your kids to think.

UVA Prez collectively punished all fraternities based on nothing more than the ideological fantasies of a Lefty with a By-line.

3 Things about Senator Mary from Louisiana. . .actually, there should be 4 things: she'll be job-hunting Monday morning.

Yup, Mary's out of a job. She'll get a plush lobbyist job, so don't worry about her. My parish (county) Orleans voted for her 85%.