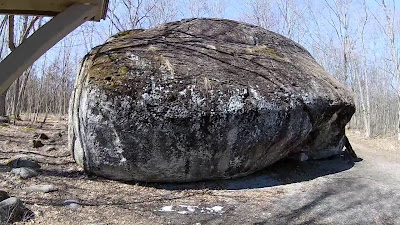 My father lives in a house I helped to build in 1978. I remember the day we dug the foundation and poured the concrete. I left that house in 1982 to go to college. Since then, I've returned again and again. From as close by as Oxford, MS and from as far away as China. The Order has sent me to England and Italy and to even stranger places like CA. But I've always returned to that forest green house set firmly in the woods of N. MS. Along with my family and the Order, it is my foundation in this world. Despite the best philosophical efforts of Nietzsche, Derrida, Foucault, and the poisonous politics of Marx, I've managed – with the help of the Holy Spirit and the Roman Stoics – to remain grounded in reality. Not an easy task these days! It would be far easier and more rewarding in the world to take a hammer to those foundations and throw myself into the violent sandstorm of socially constructed narratives of identity and power. Instead, I found Christ. Or rather, I finally recognized that he'd found me. I finally heard him: “Everyone who listens to these words of mine and acts on them will be like a wise man who built his house on rock.”

Setting aside the question of how wise I may or may not be, I can say that living life w/o a foundation can be a great deal of fun. . .and very, very dangerous. Without a center to return to, without a rock to stand on, every fad, fashion, and trendy bit of nonsense that floats by can put on the costume of truth and demand your allegiance. Without a bit solid ground under your feet – up is down, left is right, yes is no, and nothing really matters. Justice is just power. Peace is just violence. Love is just love. Wisdom is just folly. It's all just whatever. Whatever you want any of it to be. So, we have the Way, the Truth, and the Life. A man, a divine person who is himself the foundation stone, the center. We have his Word, speaking to us still. We have his Body, the Church, us. We have a direction. And we have an end, a goal. What do we do with all this? We act. If we listen and fail to act on what we hear, then we are fools who have built a house on sand. No center. No foundation. The rain and wind come and our house collapses into ruin. You can learn to love the storm and the ruin it leaves behind, or you can build your house on the Rock. Don't be a fool. Choose the Rock.