The silence of the wolves. . .

30th Week OT (F)
Fr. Philip Neri Powell, OP
Ss. Domenico e Sisto, Roma
Rules, regulations, laws are all attempts to express the most basic principles of a civilization. Traffic laws are meant to embody the need for everyone to drive safely. Food safety laws express a common concern that we are not killed by what we eat and drink. If a traffic law required a driver to speed through a school zone, or a food safety law required soda makers to dose their drinks with poison, we would all agree that these laws violate the fundamental principles they were created to express. In the Church, we have canon law, rubrics for liturgical celebrations, moral precepts, and dogmatic definitions—all designed to express the first commandment of Christ to his disciples: love God, neighbor, and self with the whole of one's body, mind, spirit, and strength. None of the Church's rules or regs mean a thing if they fail to help us follow the law of love. For example, Jesus confronts the scholars and Pharisees with a chance to condemn him when he heals a man on the Sabbath. When asked if he should break the Sabbath law by curing the man, the scholars and Pharisees remain silent. Rather than protest or argue, they simply keep their mouths shut, choosing instead to watch and wait to see what Jesus will do.
What does Jesus do? He responds to their uncaring silence with a miracle. He heals the man and asks, “Who among you, if your son or ox falls into a cistern, would not immediately pull him out on the sabbath day?” Again, the scholars and Pharisees remain silent, “unable to answer his question.” Why are they unable or unwilling to answer? It never seems to have been a problem for them in the past! If they were to admit that they would rescue their sons or their oxen on the Sabbath, then they would be admitting to the possibility that the Sabbath laws against work are not absolute. If they were to admit that they would leave their sons or their oxen to die, then they would be revealed to be cold-hearted legalists. The first choice makes them lawbreakers. The second choice makes them moral monsters. That they seem to understand these choices is a sign of hope that they not wholly lost to love, not wholly given over to the brutality of bureaucratic minutiae.
The freedom we enjoy as children of God is the freedom of those who know and understand that we were created by divine love and re-created by that love incarnated as one who walks among us as one of us. Christ came to us as the Word made flesh not the Law made flesh. He came to us as the first principle and culmination of his Father's plan for all creation: to bring us back to the One who is Love. No law or regulation or dogma can supersede its fundamental intent, its ultimate purpose. The fundamental intent, the ultimate purpose of Christ's life, death, and resurrection is our salvation. If we must heal on the Sabbath in order to give witness to God's love, then we heal on the Sabbath. We are slaves to divine love and obedience to this master is our salvation.
Follow HancAquam ------------>
at 1:45 AM 6 comments:

Mark Shea links to a great vid that explains how ObamaCare will fund abortions.
CCHD seems to be moving toward reforming itself.  "Policies and mechanisms" are only as strong as the people charged with enforcing them.  If the review panel is independent of the organization's bureaucracy and appointed by bishops, then maybe this will be a move in the right direction.  We'll see.
This column on next week's election pretty much sums up my own feelings on the state of American politics in 2010.   Extra points for referencing the Coming Zombie Apocalypse.
Wow. . .MN Democrats are putting their 19th century anti-Catholic Know-Nothingism on public display.  I hope MN Catholics who vote Democrat are paying attention to this.
Voting fraud already starting in NV. . .voters complain that their ballots were marked for Harry Reid even before they started voting.
Dominican nuns [sic] to acquire the JPII Cultural Center in Detroit.  Hey, sisters!  If you decide to turn the place into a school, let me know. . .I may know a fellow Dominican who can teach for you.
Great article on why you shouldn't give a dime to UNICEF this Halloween.  Bonus points for using the title of a Flannery O'Connor short story as the post title.
Vid that appears to show a woman chatting on a cell phone. . .in 1928!  Prolly not.  No cell towers back then.  Obviously, she's using a communicator from her Temporal Displacement Pod.  Duh. (H/T:  fra. Auggie)
Remember that GOP congressional candidate that the MSM reported was go around calling for armed revolution against the gov't?  Well, not so much.
Just in time for Halloween. . .A Catholic Field Guide to the Undead! One small quibble:  the post's author quotes C. S. Lewis. . .the idea that Lewis expresses in the quote is not a proper Catholic understanding of the human person.
Lesson for the day:  even evil people can get good grades, or something.
The difference btw how cats and dogs think about their owners.
I know what you mean! You can only milk a dead cow once.
Follow HancAquam ------------>
at 10:55 PM 10 comments: 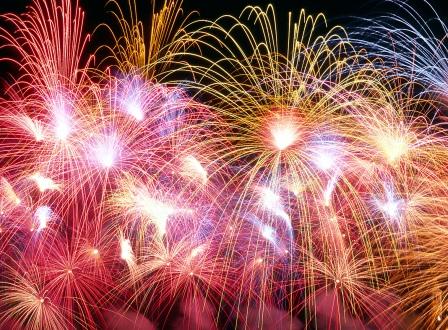 Do your consumer brand choices match your partisan politics?  The top ten brands for the Dems and the GOP.
Bees beat computers. . .shows you how far we still have to go on the road toward artificial intelligence.
The New Elites and the Tea Party. . .self-affirming ideological homogeneity among our "Betters."   For the N.E.'s diversity is only skin deep.
The Tea Party is more of an "attitude movement" than a strictly partisan, political organization.
Those leaked WikiLeak documents from the DoD reveal that Saddam did have weapons of mass destruction.
Back when universities were first invented (by the Church, btw!), professors were paid directly by their students.  If a prof wasn't doing his job, he had no students and no income.  Maybe we should consider returning to this model of higher education.  Oh, and there was no such as tenure!
Astute observation on the faux tolerance of NPR:  Conservative FOX had no problem with Williams working for liberal NPR; yet, liberal NPR couldn't tolerate him working for conservative FOX.  My own experience in academia and religious life bears this out:  liberals are very tolerant of those who believe exactly as they do.
Catholic bloggers "aim to purge dissenters" from the Church?!  Wow. . .I had no idea that bloggers had so much power. . .I feel lightheaded, kinda woozy and warm!  There's no need for Catholic bloggers to purge dissenters from the Church. . .Mother Nature is doing it for us.
Undercover vid of New Jersey teachers' union bosses partying hearty.  If this goes viral, be sure to put yourself near something large and solid. . .it's gonna get messy.  (NSFW:  strong language)
Excellent news out of Dallas:  Bishop Farrell getting high marks for turning the listless diocese around!  Vocations are up, thanks to Fr. Rudy Garcia, vocations director.  U.D.'s School of Ministry gets a mention.
Middle East Synod turns into anti-Israel rally.  I had breakfast with a member of the synod yesterday morning.  He spent the whole time regaling me with stories about Israel's mistreatment of Arabs in general and Palestinians in particular.   The final document of the Synod contains condemnation of Israel's West Bank occupation.
Notre Dame post-B.O.:  drop of $120m in donations.
10 Annoying Habits of the Smartsphone User.  Only 10?
Hey, whaddya know?  Jesus does save!
So, two Russian cops and a goat are waiting for the bus. . .
It's What's For Breakfast
Job application. . .I'd hire him just to keep things interesting.
Follow HancAquam ------------>
at 11:05 PM 10 comments:

30th Week OT (M)
Fr. Philip Neri Powell, OP
Ss. Domenico e Sisto, Roma
Our wounds are not healed by ideas or intentions alone. A gun shot wound really can't be healed by mercy as such. Neither can cancer, mental illness, nor addiction be treated by something as purely conceptual as love or forgiveness. Healing requires both intentions and acts. Imagine going into an emergency room with a broken arm and having the doctor stand over you while he intends to treat your arm! At some point, you're going to say, “Doc, are you going to do something?” How bizarre would it be for him to respond, “I am doing something. I'm thinking about healing you”? My guess is that you'd rather have his bad intention so long as he actually worked to fix your arm. In the abstract, mercy is easy. Doing merciful deeds is a little more complicated.
Jesus shows us how to be merciful by ridding a woman of a diseased spirit—an eighteen-year burden that has her bent over, making it impossible for her to stand erect. How exactly is this merciful? Relieving the sick of their diseases is in itself merciful. But Jesus goes one step further by healing her on the Sabbath. Rather than obeying a strict interpretation of the law that forbids work on the Sabbath, Jesus obeys the higher law of love and relieves the poor woman of her burden. Predictably, someone objects to this illegal act and calls Jesus out as a lawbreaker. Jesus' indignant retort to this charge humiliates his critic. He calls them hypocrites! Why shouldn’t this daughter of Abraham be set free on the Sabbath from Satan’s bondage? The gathered crowd “rejoiced at all the splendid deeds done by him.” And so they should: Jesus lifts from this crippled woman’s back not only the burden of a crippling spirit, but the burden of Law without Mercy as well.
Paul picks up this teaching in his letter to the Ephesians. He writes, “Be kind to one another, compassionate, forgiving one another as God has forgiven you in Christ. Be imitators of God, as beloved children, and live in love, as Christ loved us and handed himself over for us. . .” This doesn't mean that we are to become lawless lovers of some abstract deity. It does mean that we love first and follow the law accordingly. If we can't love, we can't follow any law that's based on love. In much the same way that abstract notions like mercy, forgiveness, and charity become real only when enacted, our love for God must be embodied, made real through our whole humanity—word, thought, and deed and not simply limited to “good intentions.” Our psalmist this morning puts it succinctly: “Behave like God as his very dear children!”
Follow HancAquam ------------>
at 12:05 AM 2 comments: