From 2009 while I was substituting as chaplain for the Sisters in Ft. Worth, TX.

Jesus says to John's disciples, “No one patches an old cloak with a piece of unshrunken cloth...People do not put new wine into old wineskins.” What does this bit of homespun wisdom have to do with weddings, fasting, the Pharisees, mourning the death of a bridegroom, and the price of camels in Jerusalem? Better yet: what do any of these have to do with the American Revolution and this country's declaration of independence from the tyranny Old King George? Is Jesus teaching us to party while we can b/c we won't be around forever? Is he arguing that we ought to be better stewards of our antiques—human and otherwise? Or maybe he's saying that the time will come when the older ways can no longer be patched up and something fundamentally new must replace what we have always had, always known. When “the way we have always done it” no longer takes us where we ought to go; when the wineskin, the camel, the cloak no longer holds its wine, hauls its load, or keep us warm, it's time to start thinking about a trip to the market to haggle for something new.


We celebrate two revolutions today: one temporal and one eternal, one local and the other cosmic. The political revolution freed a group of colonies in the New World from the corruption of an old and dying Empire. The spiritual revolution freed all of creation from the chains of sin and death. Today, we give God thanks and praise for the birth of the United States of America by celebrating our 4th of July freedoms. And we give God thanks and praise for the birth, death, and resurrection of Christ by celebrating this Eucharist, the daily revolution that overthrows the regime of sin and spiritual decay.

The revolution of 1776 not only toppled the imperial rule of George III in the American colonies, but it also founded a way of life that celebrates God-gifted, self-evident, and unalienable human rights as the foundation of all civil government and social progress. The revolution that Christ led and leads against the wiles and temptations of the world fulfills the promise of our Father to bring us once again into His Kingdom—not a civil kingdom ruled by laws and fallible hearts, but a heavenly kingdom where we will do His will perfectly and thereby live more freely than we ever could here on earth. In no way do we understand this kingdom as simply some sort of future reward for good behavior. This is no pie in the sky by and by. Though God's kingdom has come with the coming of Christ, we must live as bodies and souls here and now, perfecting that imperfect portion of the kingdom we know and love. No revolution succeeds immediately. No revolution fulfills every promise at the moment of its birth. The women and slaves of the newly minted United States can witness to this hard fact. That we continue to sin, continue to fail, continue to rebel against God's will for us is evidence enough that we do not yet live in fullest days of the Kingdom. But like any ideal, any program for perfecting the human heart and mind, we can live to the limits of our imperfect natures, falling and trying again, knowing that we are loved by Love Himself. With diligence. With trust. With hope. With one another in the bonds of Christ's love, we can do more than live lackluster lives of mediocre compliance. We can work out our salvation in the tough love of repentance and forgiveness, the hard truths of mercy and holiness.

Christ is with us. The Bridegroom has not abandoned us. His revolution continues so long as one of us is eager to preach his Word, teach his truth, do his good works. Today and everyday, we are free. And even as we celebrate our civil independence from tyranny, we must bow our heads to the Father and give Him thanks for creating us as creatures capable of living freely, wholly in the possibility of His perfection.
_______________________
Follow HancAquam or Subscribe  ----->
at 6:51 PM 2 comments:

Today is the 10th anniversary of my ordination to the diaconate at Blackfriars, Oxford by the Bishop Malcolm McMahon, OP of Nottingham.

The temp in Oxford that day was 62. After the garden party, about ten to twelve of us -- still in habit -- invaded The Lamb and Flag pub across the street. A generous benefactor picked up the tab. . .a VERY generous benefactor! Have you ever seen a Brit drink? :-)

One of the newly ordained priests, Fr. Irenaeus, invited me to assist at his first Mass at Sacred Heart in Blackbird-Leys. 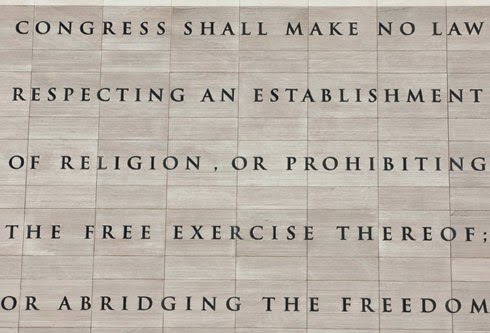 The Supreme Court sides with religious liberty against B.O.'s attempt to force his fellow citizens to violate their consciences!

The sad thing here is four of the justices sided with forcing people to choose btw their livelihood and their religious beliefs.
____________________

You Can't Lose an Already-Won-Fight

NB. We had internet service for about 1.5 hrs yesterday. . .off and on all day. And sloooooooooooow. Anyway, since it's working (for now) I thought I'd post this 2012 weekday Peter and Paul homily before things go all blooey again. Look for a Sunday homily after the 6pm Mass tonight. . .if this thing is still working.


Peter has the keys and Paul has a sword. With these two devices, Peter and Paul preached the Gospel—the keys unlock the gates of heaven and the sword fights the good fight. Both these men were martyred for the faith by the Roman emperor, Nero. Peter was crucified and Paul beheaded. Though they share a martyr's death and a Christian's faith, Peter and Paul were startlingly different sorts of men. Peter was a fisherman, a working-class man with little or no education beyond what most Jewish men of his day received. Paul was a rabbi, a very well-educated Roman citizen with deep ties to the Gentile world. Peter spent his days with other fishermen, discussing tides, catches, and market prices. Paul likely spent his days teaching, public speaking, and rubbing elbows with the political and religious elite. Peter knew Christ personally as a teacher. Paul never met Jesus. Both were students of the Master, commissioned apostles, adventurous preachers, and, ultimately, martyrs for the teachings of Christ. With the keys to heaven and a sword for the fight, Peter and Paul founded an apostolic Church, a Church we have inherited as sons and daughters of the Father. How do we follow them in spreading the Good News?

In his homily celebrating these two foundational saints, our Holy Father, Benedict, writes, “. . .Peter and Paul, much as they differ from one another in human terms and notwithstanding the conflicts that arose in their relationship, illustrate a new way of being brothers, lived according to the Gospel. . .Only by following Jesus does one arrive at this new brotherhood.” By following Christ and his Gospel, we can arrive at a “new brotherhood.” Not a novel way of being friends, or a superficial means of claiming a “churchy” kinship. But a radically different way of understanding who and what we are to one another through our adoption by the Father in Christ. Because we have died and risen in the baptism of Christ, we are made to be the heirs of the Father's kingdom. As heirs, we inherit all that He has to give. To the Church, He has bequeathed His kingdom—the keys to open heaven's gates for all and the sword to fight against this world's errors and temptations. Our first step in spreading the Good News is make sure all God's creatures know that they are invited to the feast. The next step is to guard this invitation and those who have accepted it with all the strength of our faith and all the courage gifted to us by the Spirit.

After Christ gives the keys of heaven to Peter, he assures the disciples that “the gates of the netherworld shall not prevail against [the Church].” If this is true, why resist evil? Why fight against the powers and principalities of the world? The last victory has gone to Christ. He won the war against death on the Cross. That evil cannot prevail against the Church is not a promise or a prediction. It's an historical fact. When Christians believe and behave as if we might lose the war against evil, we reveal a dangerous lack of faith in the Church and not only the Church but in Christ himself. You and I might be defeated by evil, so we fight. But never believe that there is a chance the Body of Christ will fall. When we fight to promote the Gospel and protect those who follow on the Way, we fight to ensure that the Father's invitation to the feast continues to be heard. Peter and Paul died for the faith so that His offer of eternal life might live on to this day. Our witness might not be as violent as theirs, but it is no less effective. Who will see Christ through you today, tomorrow? Who will ask you for the keys to heaven?
__________________