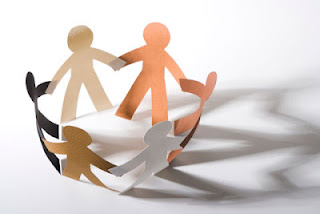 
To whom or to what do you belong? Who or what has a claim on you? Keeps you as a possession? To put it another way: to whom or what do you owe fealty, allegiance? This question may strike most of you as a bit old-fashioned or even rude? We aren't serfs who swear fealty to a lord! We aren't owned like personal property! This is 21st century America. . .we're free men and women! All true. Regardless, we all belong to someone or something else; in fact, all of us belong to many someones and many somethings. We have broken free from the brutalities of serfdom, personal loyalty oaths, and chattel slavery and replaced them with kinder, gentler sorts of being owned: family, friends, athletic teams, political parties, financial obligations, religious vows—each one a kind of belonging, each one requiring a commitment to someone or something else. Even if you say, “I belong to no one and nothing but myself,” you still live with particular duties to yourself that must be honored. To whom or to what do you belong? Your answer accurately predicts your eternal destination. Jesus says to his jealous disciple, John, “. . .whoever is not against us is for us.”

In the silly season of political campaigning the use of the prefixes “anti” and “pro” becomes truly absurd. All sides in the arena jostle to smear their opponents with insulting labels: “pro-death tax,” “anti-women,” “pro-big government,” “anti-American.” These labels are meant to summarize, demonize, and dismiss whole groups of people and ideas. If a demeaning label doesn't work, there's another tactic that surely will: guilt by association. Governor Jones dines with known socialists. Well, Senator Smith quotes a leading racist. Do you want a socialist in the governor's mansion? No? Then vote for the pro-capitalist! How about a racist in the Senate? No? Then vote for the anti-racist! Labeling and guilt by association are just two of the many ways that political campaigns distill and distort the fundamental human need to belong and thrive among one's own. In-groups and out-groups are the inevitable products of picking and choosing to whom and what we will belong. Christians are not immune to this disease. We never have been and never will be. Thus, both Moses and Jesus warn us of the spiritual dangers that will trap us if we indulge our instinct to selectively include some and recklessly exclude others.

The spirit of the Lord appeared outside Moses' camp and came to rest on seventy elders who were gathered there. These men began to prophesy. Eldad and Medad were not among those gathered with Moses when the Lord rested his spirit on the seventy, yet they too prophesied. A young man hears them speaking in the spirit and reports this to Moses. Joshua hears the man's report and says, “Moses, my lord, stop them.” Despite the fact that Eldad and Medad were prophesying in the spirit, the young man and Joshua want them excluded from those authorized to prophesy. What this man and Joshua didn't know is that both Eldad and Medad were on the list of those who were supposed to be gathered with Moses. In other words, their ignorance of the truth led them to indulge their instinct to protect their preferred in-group. Moses diagnoses the problem exactly when he asks, “Are you two jealous for my sake?” He goes on to give us a foretaste of the Church's fulfillment of the covenant, “Would that all the people of the Lord were prophets! Would that the Lord might bestow his spirit on them all!” After the fiery arrival of the Holy Spirit at Pentecost, there can be no jealousy among Christ's disciples. The name of every man, woman, and child, living and deceased, is on the list to be invited to receive the Spirit of the Lord.

John reports to Jesus that there is a man who doesn't belong to him casting out demons in his name. Jesus probably smiles a little, remembering Moses and his lesson to Joshua, a lesson John has obviously forgotten. Jesus says, “Do not prevent him. . .For whoever is not against us is for us.” We have to be very, very careful here. We might conclude from this statement that Jesus himself is encouraging the kind of in-group/out-group instinct that Moses condemned. Though it is certainly true that there are those who are for us and are against us, in no way is Jesus lending his support to including anyone against their will, or excluding anyone who chooses to follow him. He tells John that anyone who gives him cup of water “because [he] belong[s] to Christ” is choosing to be included in the kingdom. Note well: Jesus doesn't say that just giving his disciple a cup of water indicates a choice to be included but a cup of water given because they belong to Christ. In other words, if anyone performs an act of charity for you because—for the reason that—you belong to Christ, then that person also belongs to Christ, “Amen, I say to you, [he] will surely not lose his reward.”

Now, I hope you see the importance of the question we started with: to whom or to what do you belong? Your answer to this question accurately predicts your eternal destination. Does that sound like an ominous threat? It's not a threat at all. Simply a report of what it means to choose to belong to someone or something before you choose to belong to Christ. For the follower of Christ, Christ comes first, always and everywhere, first. You can follow Christ and be a Democrat, a Republican; a LSU or Ole Miss fan; a mom, dad, student, even a criminal; but in all cases and under all circumstances, if you will to inherit the kingdom and live eternally with Christ, you will belong to Christ first. You cannot allow any other someones and somethings that you choose to belong to to endanger your primary relationship with Christ. Jesus says more than once, “You cannot serve two masters.” If being a Saints fan takes priority over Christ, then you belong to the Saints and not to Christ. If being a Democrat or a Republican takes priority over belonging to Christ, then you belong to them and not to Christ. If being a Cowboys fan or a libertarian or a member of a religious order leads you away from Christ, then cut them off. It is far, far better to go into eternity without a team, a club, or a party than it is to arrive at Gehenna belonging to someone or something that could not rescue you from sin and death.

When Moses corrects Joshua's error, he proclaims, “Would that all the people of the Lord were prophets! Would that the Lord might bestow his spirit on them all!” This proclamation, this prayer is a foretaste of God's plan for His people at Pentecost. Because we belong to Christ through baptism, the spirit of the Lord has settled in us and among us to make each one of us His prophet, His preacher of the Good News. Whoever we choose to be right now—parent, partisan politico, sports fan, chess player, Dominican friar, whatever—we are first prophets of the Good News of Christ Jesus. Everything else we are, anyone else we may belong to by contract, covenant, or complicity is ordered to who we are first as the Lord's prophets. This must be so if we will to live in the hope of the resurrection and life eternal. As Christian prophets then, go out and welcome in everyone you meet. Jesus says, “. . .whoever is not against us is for us.”
_____________