A lifetime acceptable to the Lord 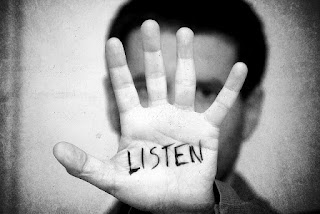 
Have you ever had an ancient prophecy fulfilled in your hearing? I haven't; at least, I don't think I have. Wouldn't there be thunder or bells or a flashes of light? Some physical wonder to mark the occasion? When Jesus announces that Isaiah's messianic prophecy has been fulfilled in the hearing of those present, there's not much to mark the event. No angels or raging wind or fiery words written across the sky. Jesus reads the prophecy, rolls up the scroll, hands it back to the attendant, and sits down. The others stare at him for a minute or two and then Jesus says, almost casually, “Today this Scripture passage is fulfilled in your hearing.” You almost expect him to ask for a cup of tea. The fireworks don't start until after he is challenged to prove his claim. Those in the synagogue don't want a rational argument or scriptural proof-texting. They want physical evidence. Jesus really riles them up when he reminds them of a time in their people's history when idolatry and the rejection of the prophets gave God reason to send His miracles to the Gentiles. Well, that's too much for these folks. They run Jesus out of town. What he really needed in the synagogue that morning was some showmanship! Or maybe just a crowd ready to hear a prophecy fulfilled.

To understand exactly what Jesus laying claim to we need to look at Isaiah's prophecy more closely. So, let's break it down. “The Spirit of the Lord is upon me, because he has anointed me. . .” Here Jesus is saying outright that he is the Anointed One of the Lord. “Messiah” and “Christ” both mean “Anointed One.” He is possessed by the Spirit of the Lord in virtue of having been anointed. Why has he been sent? “. . .to bring glad tidings to the poor.” Who are the poor? In other parts of the Gospels, the poor are the “poor in spirit” and “the humble.” He's certainly talking about the destitute, but the broader category here is “those in spiritual poverty.” Jesus is not announcing the start of a socio-economic revolution. His is a spiritual revolution fought in the flesh. We know this b/c he elaborates, “[The Lord] has sent me to proclaim liberty to captives and recovery of sight to the blind, to let the oppressed go free. . .” All metaphors couched in more or less physical terms, indicating a release from spiritual bondage. We are captives of the Devil; blinded by ignorance, and oppressed by sin. He here's to free God's people from an ancient and obstinate slavery. And not just God's people in first century Nazareth. He was also sent “to proclaim a year acceptable to the Lord.”

Now, here's where we come in. A “year acceptable to the Lord” means a Jubilee year, a Sabbath year celebrated every 50 yrs during which all debts are canceled and all slaves are freed. Also during this year, all property is returned to its rightful owner or his heirs. Jesus is proclaiming a spiritual Jubilee for those who heard him fulfill Isaiah's prophecy and for all of his Father's children until the Kingdom comes. All slaves to sin are freed. All debts incurred by sin are canceled. And God's property—that's us—is taken from the Devil and returned to its rightful owner. All of this made perfect sense to those in the synagogue. What they didn't believe was that Isaiah's prophecy had actually been fulfilled by Jesus of Nazareth. Having failed to see and hear who was with them, they ran him out of town and tried to kill him. Is this what we do when confronted by the hard work of the Gospel? Rather than throw our trust to the Lord, we question, doubt, find excuses, and waffle. If so, this is a sure sign that we have not embraced the Lord's Jubilee gift.
___________________