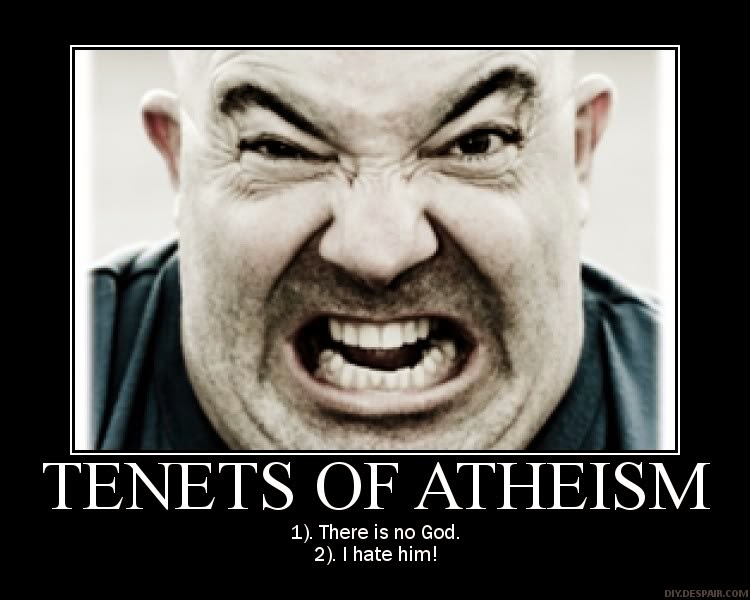 This is NOT Mr. Greenberger's attitude.

After my article attacking secularism was published in the Times-Pic on March 20th, I received an invitation from Mr. Harry Greenberger of the New Orleans Secular Humanist Society to appear on his public access TV program for a discussion.

We taped that discussion yesterday morning. I'd watched a couple of Mr. Greenberger's vids on Youtube so I knew he wasn't going to be abusive or mocking. He's an atheist with a sense of humor. Very rare, indeed.

Within the first two minutes of the discussion it became clear to me that Mr. Greenberger is a capable advocate for secular humanism. However, because he knows next to nothing about theism, he is not a capable critic of Christianity.

Like most contemporary atheists, he rejects theism based on a strawman argument; that is, he rejects a view of God that even most Christian middle-schoolers know is inadequate.


Rather than critique a strong version of Christian theism, he lumped God in with "all the gods" and staked his argument on the strength of "reason and evidence." When I replied that the Church also supports reason and evidence, he seemed genuinely confused.

Towards the end of the discussion, I more or less gave up trying to argue philosophically and replied point for point to his historical errors. E.g., Hitler claimed to be a Christian, therefore, WWII was a Christian war, etc.

After the cameras stopped rolling I noted to him that he was consistently conflating "reason" with "empiricism," leaving him open to a basic challenge, which I then made: if you only accept as true that which can be empirically proven, then you will concede that there is no such thing as the human mind. He said that he did believe in the existence of the human mind. I said, "Show me your mind." He couldn't answer that. I noted, "So, you do believe in the existence of something which cannot be empirically proven to exist. You believe in the effects of an unseen/untouched cause."