The pruning ax is always falling. . .

NB. This is a revision of the homily I preached yesterday at the vigil Mass. Feedback is always welcomed! 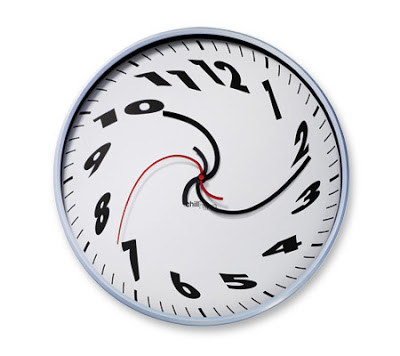 
There's a hard challenge in The Parable of the Fig Tree that needs a response from each one of us. When the orchard owner orders his gardener to cut down the unproductive tree, he asks (what at first sounds like) a rhetorical question: “Why should [this tree] exhaust the soil?” Why should we allow a barren fruit tree to live in an orchard full of flourishing trees, when all it does is exhaust the nutrients in the soil? The gardener hears the challenge and takes it up immediately, “Sir, leave it for this year also, and I shall cultivate the ground around it and fertilize it.” Give me a year to work with the tree. I'll do everything I can to help it along. Then he adds, “It may bear fruit in the future. If not you can cut it down.” A reprieve not a pardon for the barren little tree. What's the hard challenge for each one of us? Our first answer might be: produce good fruit in the time we have left or face the pruning ax. But we all know that the pruning ax is going to fall on each one of us regardless of how much good fruit we produce. We will all die one day. So, the challenge here isn't Produce or Else! The challenge laid down in this parable is: produce good fruit every day, hour, and minute you have left b/c the Gardener has already begun to swing his ax. The first fruit we must produce is the good fruit of repentance.

Why? Why should repentance be the first fruit we produce? Jesus tells the parable of the barren fig tree after he is confronted by some local folks with a theological problem. Two recent disasters have left them doubting their faith in God's justice. Pilate slaughters a group of Galileans at prayer and mixes their blood with the blood of the temple sacrifices. An abhorrent sacrilege. The locals wants to know how God can allow His faithful followers to be butchered by an unclean pagan like Pilate. Jesus answers them, “Do you think that because these Galileans suffered in this way they were greater sinners than all other Galileans? By no means!” In other words, those killed by Pilate were no more sinful than anyone else. Their deaths were no accident but neither were they killed as a punishment for sin. And neither were those killed by the collapsed tower at Siloam. Jesus asks, “Do you think [that those killed] were more guilty than everyone else who lived in Jerusalem? By no means!” Accidents happen; Roman governors slaughter people. And the Gardener's ax has already started its swing towards each one of us. Therefore, Jesus says, “I tell you, if you do not repent, you will all perish as they did!”

Jesus' call to immediate repentance sounds like a threat: failure to repent right now will result in death. That's not what he is saying here. He's saying that if you do not want to perish in the same spiritual condition that these folks did, then you need to repent. How did they perish? Unrepentantly. What was their spiritual condition? Unclean. Our Lord's warning is not a threat, or a prediction that being unclean will cause a fatal accident, or give you cancer, or attract a serial killer with a thing for Catholics. In fact, his point is exactly the opposite. The Galileans Pilate murdered and the eighteen people killed in the tower accident were no more sinful than anyone else; yet, they died anyway. And they died unrepentant sinners. “I tell you, if you do not repent, you will all perish as they did!” If we do not want to die “as they did,” then we must produce the first good fruit required for holiness: repentance. Again, Jesus is not impersonating a televangelist trying to scare you, nor is he one of those guys down on Bourbon St. at Mardi Gras with a sign that reads, “REPENT! THE END IS NEAR!” Jesus is teaching us a simple but challenging truth: death comes for us all. . .best be ready.

So, let's make the connection btw the two disasters and the fig tree parable a little more explicit. Like the fig tree, we have one more season, one more week, or maybe the rest of today to produce the good fruits of repentance; to turn ourselves around and run to God's mercy. Therefore, our focus needs to be on repentance not running after esoteric philosophical explanations for random events, or psychological analyses of a petty dictator's motives for violence. Why should our focus be on repentance and not asking why bad things happen to good people? Because random accidents can kill you. . .randomly, and sometimes petty dictators will decide that mass murder is a permanent solution for a temporary problem. Our time in the garden is ebbing away. The ax has begun to swing. So, Jesus is pleading with us; saying, in effect, “You're worrying about the wrong thing. You are all going to die one day. Get right with God before it's too late!” Our capacity for worrying over the wrong things is nearly limitless; however, our time on this earth is not. Therefore, repent and bear good fruit. . .before the season ends.

Paul's letter to the Corinthians develops Jesus' call to repentance with a little reminder about Moses and those freed from slavery in Egypt. Recalling that their ancestors in faith suffered and died in the wilderness with Moses, and noting that many were struck down b/c God was displeased with them, he writes, “These things happened to them as an example, and they have been written down as a warning to us. . . Therefore, whoever thinks he is standing secure should take care not to fall.” Those struck down in the wilderness with Moses are examples for us, and we read about them as warnings. Our immediate impulse here is to ask, “So, does God really strike people dead for displeasing Him?” And then we should immediately hear Jesus say, “Were those struck down any more sinful than all the others? By no means! Repent, so that you do not die as they did.” Paul develops admonition teaching us that a large part of producing the good fruits of repentance is standing firm on our Rock, Christ Jesus. He notes that our ancestors in faith ate and drank in the wilderness “from a spiritual rock that followed them, and the rock was the Christ.” They survived b/c God was with them always, especially in times of trial and disaster. And when they were faithful to their covenant with Him, He lavishly blesses them, eventually bringing them to their promised land.

We begin the third week of our trek through the Lenten desert, eating and drinking from Christ, our Rock. If you have been attentive to your fasting, prayer, and almsgiving, then you know what it means to find humility, to be fully aware of your dependence on God for your life and all that you have. Think carefully and pray urgently about what your friendship with God, about your place in His holy family, and what sort of person you are called to be in the world for the His greater glory. What is preventing you from receiving in full all the gifts that He has to give you? Is it some vice? A history of unconfessed sins? A stale prayer life? Whatever it is, turn away from it and run to God's mercy. Just walk away from whatever it is that stands btw you and the perfect love of God. And most of all, kill your worry. It will never bear good fruit. Our capacity for worrying is nearly limitless; however, our time on this earth is not. Therefore, repent and bear the good fruit of that repentance. . . before the season ends and the Gardener comes to prune his orchard.
______________