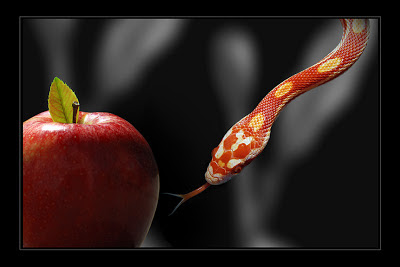 
We're approaching the end of the third week of Lent. It's time to check in and see how we're doing. What better way to test our Lenten resolve to grow in holiness than to think hard about this ominous declaration from Jesus: “Whoever is not with me is against me, and whoever does not gather with me scatters”? Where are you right now on your Lenten trek to a cross in Jerusalem? Thinking about just the last three weeks, since Ash Wednesday. . .Are you with Christ? Or, are you against him? Have you gathered together with him? Or, have you scattered? Maybe you've gathered a few times and scattered a few times? If you are an “average Catholic,” you can probably lay claim to some victories and confess a few defeats. After all, we were never promised a short war against an unarmed enemy. In fact, we were told that our greatest enemy is our own reluctance to yield the battlefield to Christ and his victory on the Cross. So, in these last two weeks of Lent, how do we gather with Christ instead of scattering away from him? We begin by yielding the battle against sin and death to the one who has already defeated them both!

Our Lord went into the desert for forty days to be tempted by Satan. Why? Well, there are probably hundreds of good reasons. We usually hear: he went into the desert to be tempted to show us that temptation can be resisted. Close. Jesus went into the desert to show Satan that his infernal influence on us is just that: influence and nothing more. Now, since this fallen angel is incapable of right reason and love, he can't listen (obey) to Jesus. So, the Devil learns nothing at all from his chat in the desert. Now, imagine Jesus talking to the Devil; listening to his blandishments; rejecting each one in turn; and then, after each rejection, turning to you with a wink and saying, “I hope you're seeing this. He's got nothing to give you in exchange for your worship.” After each temptation, Jesus says to Satan, in effect, “You can't give me that b/c it already belongs to the Father.” When Satan tempts us with—whatever we're tempted with—we're to recall this scene and say to him and to ourselves, “He can't give me that. You can't give me peace, wealth, vengeance, happiness, power. They all belong to the Father!” Bluff called. Checkmate. Game over. Jesus won. And we win b/c he won first.

If all of this is true, then why do we still fail to grow in holiness by falling into sin? If Jesus has already won the battle, then why are we still fighting? Good question. Why are you still fighting? Better yet: who are you still fighting? The only fight to see here is the one between You and You as you struggle to yield to the truth of the Cross and the Empty Tomb. Jesus won, is winning, will win. . .always. Why is this truth causing you so much trouble? Maybe we like fighting temptation b/c there's always the chance that we'll lose. Maybe yielding to the truth of Christ's victory means saying goodbye to our favorite sins. Maybe we relish playing the role of the tortured wannabe saint who heroically defies the minions of Hell. . .most of the time. Who knows? Maybe, just maybe, we don't really believe that Christ won our freedom on the Cross and it's our job to help him. Let's listen to that ominous declaration one more time: “Whoever is not with me is against me, and whoever does not gather with me scatters.” Gather with Christ and his victory over sin and death. Our Lenten disciplines do not do battle with the Devil. They battle our reluctance to surrender ourselves to the truth that sin and death no longer divide us from our Father's kingdom.
______________