Silence is not the right answer 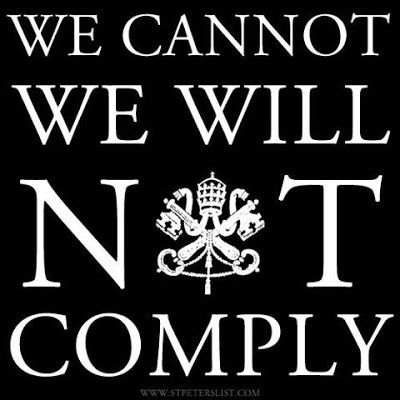 
When given the chance to speak out in defense of their most deeply held convictions, the Pharisees choose instead to play games with a man's life. Jesus calls the man with the damaged hand up before the assembly and asks, “Is it lawful to do good on the sabbath rather than to do evil, to save life rather than to destroy it?” This is a clever question b/c it forces the Pharisees to consider the consequences of obeying the Law beyond just the repair of a man's hand. In effect, Jesus is asking, “Is it legal for me to save a man' life on the Sabbath, or should I let him die?” To the Pharisees' way of thinking, if saving a life on the Sabbath is a form of work. . .well, they'll have to think about that and get back us. I can't tell you how they answered Jesus' question b/c after he asked it, “they remained silent.” They remain silent while a rabbi violates the Sabbath in the synagogue! What's more important to them: honoring God's Law, or playing gotcha games with an ideological opponent? Jesus knows their hearts, “Looking around at them with anger and grieved at their hardness of heart,” Jesus heals the man. God' love is God's law, so silence cannot be the right answer to the question of sin.

For most tough questions, silence is almost always the right choice, the prudent choice, but not always. I was once told by a wise and learned friar, “Br. Philip, prudence is the art of knowing when to keep your big mouth shut.” Well, I've never been particularly good at art, or keeping my big mouth shut. I'm not built intellectually to let a challenge go unanswered. However, even with my tendency to imprudence, I recognize the genius of the way Jesus sets up the Pharisees. They have two choices in answering his challenge: 1) admit or deny that the Sabbath Law forbids life-saving work; or 2) remain silent. The first choice either exposes them as heartless, legalistic religious robots; or opens the door for reckless disobedience. Not good P.R. either way. The second choice (silence) leaves them looking slightly foolish but at least they have plausible deniability if someone accuses them of being heartless, legalistic, or reckless. Unfortunately for them, their silence angers the Lord and verifies for us that their hearts have grown hard in following the Law. What this tells us is that there is something more fundamental and vastly more important than the Law: God's infinite love for His creation. Christ is that love given human flesh. He is the promise of God sent to save our lives, the Law fulfilled.

Neither the Law nor the law can save us; that is, neither the Law of Moses nor the law of man can reach to heaven and heal the wound between God and His creation. However, when a civil law reflects or embodies God's law of love, the edges of the wound can be drawn closer together, if not closed completely. Conversely, if a civil law violates the law of love, the edges of the wound are spread farther apart and infected by sin. When challenged to defend one of their most cherished laws, the Pharisees remain silent. Why? For nothing more than political advantage over an enemy. Their silence is complicity, participation in the violation. When we are challenged to defend God's law of love, our silence—fear, cowardice, or political calculation—is complicity, participation in the legal vandalism of divine love. Man-made law is just when it reflects and embodies God's law of love. However, when civil law demands that we sin, to violate God's law of love, our resounding NO! to that demand ought to shake the earth and rattle some teeth. The Pharisees missed their chance to stand up for their deeply held convictions, selling their integrity for a chance to kill one inconvenient enemy. If we will not stand up for God's law of love, then we become our own enemy for sake of convenience.
_____________