Celebrate Jesus as the Christ 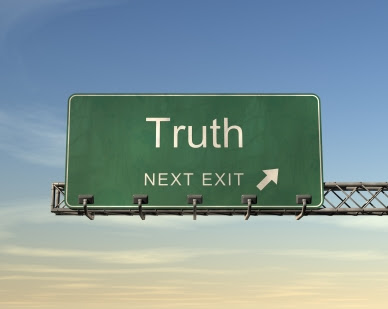 
Over the Christmas holidays I saw a commercial on the DIY channel: a young man and woman are talking about car insurance. The woman confesses that she believes everything that she reads on the internet b/c nothing false is allowed to be published on the web. The man looks at her incredulously and asks about her evening plans. She says, “I have a date with this guy from the internet. He's a French model.” Just then, an unattractive man with unkempt hair and giving off a creepy serial killer vibe shows up. He approaches the woman and says, with a heavy mid-western American accent, “Bon jour!” She smiles and walks off with him arm-in-arm. Besides good sense, what is this young woman lacking? The ability to discern the difference btw truth and deceit. She believes that everything she reads on the internet is true. Why? B/c the internet says so. The false reasoning of this circular argument escapes her. How often do we Christians mistake error for truth? How often do we accept falsehood as gospel-truth just b/c our favorite priest says so, or b/c an alleged Marian apparition in Boolakistan says so? “Beloved, do not trust every spirit but test the spirits to see whether they belong to God. . .”

John urges his people to discern the difference btw the spirit of truth and the spirit of deceit. How do we identify these two spirits? He gives us two tests: 1). “. . .every spirit that acknowledges Jesus Christ come in the flesh belongs to God. . .” and 2) “every spirit that does not acknowledge Jesus does not belong to God.” Think of this as the Epiphany Test; that is, the test to see whether or not the person teaching or preaching possesses a spirit of truth by acknowledging Jesus as the Christ. Now, it would be all too simple a thing if this test required nothing more than a declaration of faith in Christ. Even the Devil knows that Jesus is the Christ. In Greek, the word “acknowledges” is homologei, which literally means “of one mind” and is used to say, “I agree, declare, profess.” But it also has a specific flavoring when used for a Jewish audience: “I praise, celebrate.” What's the difference btw “I agree that Jesus is the Christ” and “I celebrate that Jesus is the Christ”? We can imagine the denizens of hell professing the former but not the latter. Like the magi of the Epiphany, a person possessed by the spirit of truth will always praise AND celebrate the fact that Jesus of Nazareth is the Christ!

John's particular concern in his letter is the prevalence and influence of false prophets among his people. These prophets are Gnostic Christians who deny that Jesus was truly human. Their teachings threaten not only the integrity of the apostolic witness but also the unity of Christian purpose that the Church guarantees. John wants to encourage his orthodox flock, so he writes, “We belong to God, and anyone who knows God listens to us, while anyone who does not belong to God refuses to hear us.” We could read this as a statement of class privilege, or a declaration that we are somehow better than others. In fact, with this statement John imposes on us a grave responsibility. If we belong to God, then we are responsible for telling the truth about the Christ so that those who do not yet belong to God may come to Him for His glory. Belonging to God is not a privilege; it doesn't set us above anyone. If anything, belonging to God requires us to serve in deed and truth. Thus, the necessity of being able and eager to discern the truth by first celebrating Jesus as the Christ. “We receive from him whatever we ask. . .” Ask to be possessed by the spirit of truth so that your deeds in love may serve His eternal purpose.