Confused about the Immaculate Conception 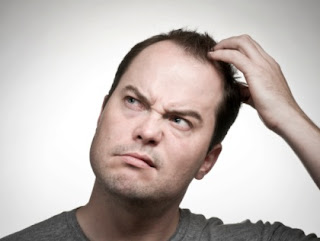 I've been somewhat surprised this weekend by the reaction to my homily for the Solemnity of the Immaculate Conception.

Every response I've heard has been some form of "I've never heard that before, Father."  This is exceedingly disappointing and sad.

Why haven't Catholics been taught this dogma?

2). Pius IX's infallible declaration also defines the I.C. in de fide terms, meaning that Catholics must accept the truth of the dogma as essential to the faith. This sort of language--common before VC2--is decidedly frowned up in the Best Catholic Circles.  So, maybe the I.C. has been ignored in order to avoid support for de fide type definitions.

3). I had a classmate in seminary--an OP sister--who proudly told me more than once that she didn't believe in the I.C. or the Assumption.  When I inquired about her reasons for rejecting these two dogmas, she couldn't give me a coherent answer.  Basically, it boiled down to some sort of feminist objection to putting Mary "on a pedestal" as a way of oppressing women in the Church.

4). Theological objections to the I.C. were common in the Middle Ages. Controversy broke out between Dominicans (contra) and Franciscans (pro). The modern definition addresses most the Dominican objections from the Middle Ages, so I doubt Aquinas would object to Pius IX's definition.  And even if he did object on theological grounds, he would submit to the magisterium of the Church.

5). The definition of the I.C. contains one philosophically difficult proposition:  Mary was given the gift of sanctifying grace from the merits of her Son's sacrifice for all mankind. Mary was conceived before Jesus was crucified, so how did his sacrifice on the cross "save" his Mother?  The salvific effects of Christ's death and resurrection apply eternally, that is, "from all time."  Though Jesus was crucified on a specific day in history, the salvation he accomplished is eternal.  This isn't a simple idea to convey, so maybe that's part of the reason we've ignored the I.C.