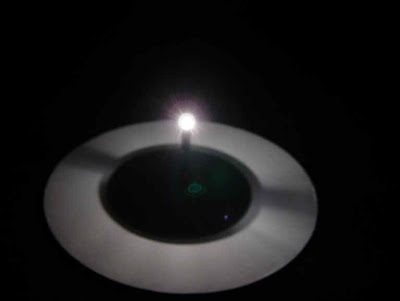 I was hit in the head with a brick once. My brother threw it at me right after I threw two bricks at him. Once, while helping dad put up a barbed-wire fence, the tightly wound end unwound and smacked me across my face. I’ve been bitten several times by the emotionally unstable. Various bodily fluids thrown at me and on me. I’ve been in only one serious auto accident and numerous accidents with chainsaws, axes, lawnmowers, my ’69 Pontiac Executive, and a widely swung two x four to the jaw. I had to help physically restraint a police officer once while a psych nurse got a needle full of Haldol in his hip. I’ve watched patients in the trauma ward die. And then come back to life with a little help. I’ve seen beautiful black puppies slaughtered and dressed for food in a Chinese market. And I watched a Japanese family eat a raw fish while it still breathed. I even had to help a nurse suture a self-inflicted wound on a male patient. Let’s just say his “manhood” was telling him to do bad things, so he, well. . .snipsnip. Once, I was within days of dying from a blood-staph infection. Not once during any of these highly dangerous, highly emotional, deeply life-changing events, never did I hear a voice or see a light telling me to preach the Good News to the whole world. Then, again, I’m not (and have never been) Saul the infamous persecutor of the Church; nor Paul, the missionary apostle to the Gentiles. Maybe it is the case that Paul is a little less hard-headed than your average farmboy.

Paul, well on his way to , is knocked to the ground by a flash of light and blinded. In his darkness, he is persecuting the Church—eyes and heart closed—; he arrests, jails, tries, and imprisons members of Christ’s Body. Ananias is told to go look for the blinded persecutor and teach him the faith. Ananias objects, saying that he has heard that Saul is an infamous enemy of the Church. But the Lord says to him, “Go, for this man is a chosen instrument of mine to carry my name before the Gentiles…” Ananias does as he is ordered, finding the blinded Saul and offering him the baptism of water and spirit. Once his sight is returned to me, his vision of the Church is radically changed. Now, he preaches Christ and him crucified.

All of this serious machination to get Paul on our side has a larger and better purpose than simply winning a hard one for the team. Without the benefit of Jesus’ one-on-one instruction that the other apostles received, Paul must do what the other Eleven were commissioned to do,”Go into the whole world an proclaim the Gospel to every creature.” That’s a good commission. But did it require being bodyslammed by a burst of light and then several days of blindness lived among Jewish strangers? It did. Why? Mark’s gospel is elegant in its simplicity and lack of subtly. Paul, like the other disciples and like ourselves, is charged with preaching the Good News. Whoever believes and is baptized is saved. Whoever refuses to believe or to be baptized is condemned.

At this point in the Christian narrative, this is not a happy-clappy message best delivered by recently scrubbed professors of theology or neatly styled media pastors. The weight of this choice is best delivered—in its stark, uncompromising simplicity—by someone who never believed it before but now, but because of a direct revelation from Christ himself, knows beyond the logic of language and speech that the Gospel message is terrifyingly true. Paul met the Message in the burst of light but he came to believe in Christ in his blindness. Blind, crippled, dependent on strangers for his daily care, and newly commissioned to abandon everything, everything he has ever known to the good, true, and beautiful, Paul sees with new eyes, stronger eyes and he is fortified against the lazy hearts and minds of those who would fall so easily back among their former ways, clouding the truth, burying the tough stuff under bushels of alien philosophies and favorites sin—all the foreign fruit that will rot too soon and soon enough.

All who heard him were astounded because he had been chosen from the world to go out, witness to the saving power of God, and bear through his witness the everlasting fruit of the Father’s Word.