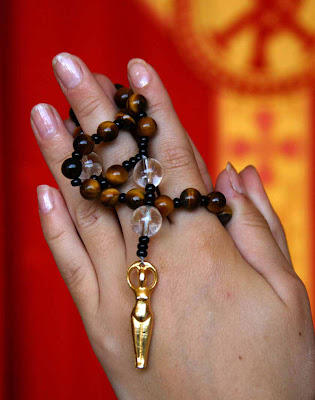 I'm willing to bet next month's stipend that if research like this were done on Catholics who practice various syncretistic forms of "Christian"/pagan spirituality (Gaia worship, Ennegram, Native American, ad nau) that we would discover similar kinds of emotional instability. . .

Rosemary Aird examined a possible correlation between new forms of spirituality and mental health as part of her University of Queensland PhD studies.

After surveying more than 3700 Brisbane-based 21-year-olds, she found spirituality and self-focused religions may undermine a person’s mental health.

“I had a look at two different beliefs - one was a belief in God, associated with traditional religions, and the other was the newer belief in a spiritual or higher power other than God,” Dr Aird said.

The research found non-traditional belief was linked with higher rates of anxiety, depression, disturbed and suspicious ways of thinking and anti-social behaviour.