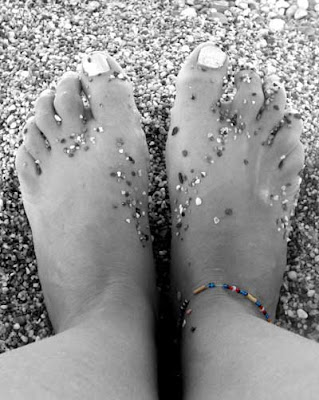 Believe with your heart and be justified; confess with your mouth and be saved: “For everyone who calls on the name of the Lord will be saved.” That’s a great deal! But here’s the catch: before anyone can believe, before anyone can confess—and it follows that before anyone can be justified or saved—they must first hear the Word of Christ spoken aloud and come to know the name of the Lord. Paul writes, “…faith comes from what is heard, and what is heard comes through the word of Christ.” There’s lots of hearing going on! So much hearing, so much being heard. Now, we know that it is the Word of Christ being heard. But who is speaking? Who is doing all the talking? Paul quotes Isaiah, “Their voice has gone forth to all the earth, and their words to the ends of the world.” Who is this plural possessive; who is “their”? To whom do these voices and words belong? Again, Paul quoting Isaiah, “How beautiful are the feet of those who bring the good news!” And we add: how true and good the tongues of those who speak the word of truth and see the Lord’s justice done!

They were fishermen, fishing on the . Jesus called out to them, “Come after me, and I will make you fishers of men.” Why is this proposal remotely appealing? I mean, do we have any inkling why two sensible pair of hard-working fishermen would abandon their nets and their father to follow an itinerant preacher on his odd-ball and apparently doomed quest to trawl for souls and save the ones who would be saved? The Word speaks and we listen. Jesus called Peter and Andrew and “at once they left their nets and followed him.” Jesus called James and John and “immediately they left their boat and their father and followed him.” At once. Immediately. This is the power of the word to overwhelm, to seduce and capture, to lure in and arrest more than just the imagination, more than just one’s deep longing for risk or novelty: Word speaks to Word. The Word once spoken strikes the Word once infused. Creator speaks to creature. Image and likeness. Chord and note. Texture and touch. Jesus calls and they follow.

And they follow on feet growing more beautiful with every step. Each step a word. Each word a name. Each name a soul, a mouth to confess, a heart to believe, a tongue to proclaim the Word. Each word a step. Each step a name. And with every step and name and soul, the fishers of men called by Christ net a back-breaking haul, a net ripping load. Having become preachers by hearing the Word and following Christ, these fishermen have also become apostles (ones sent out and away) and they have become prophets (ones who see justice at The End and warn).

Let’s ask with Paul: do we not hear? Certainly we do. Do we not preach? Certainly we do! Do our voices for Christ go forth to all the earth? Our words to the ends of the world? What do preachers do if not speak the word of truth and hunger to see God’s justice done? We leave behind our nets: the teacher’s chalkboard, the architect’s rulers, the social workers files, the chemist’s chemicals, the student’s tests. We leave behind the professor’s committees, the linguist’s books, the businessman’s deals and lawyer’s arguments. We walk away to walk with. We walk away to speak Christ’s word so that his name is known to all peoples in all tongues for all time. We walk behind Jesus, following Christ. We walk with Jesus, becoming Christ. We become Christ to preach his saving Word so that all who hear may believe, all who believe may be justified, and all who are justified may see God’s justice done among the living and the dead.

How beautiful are the feet and hands and tongues and hearts of those who bring the good news! And those who receive him!