Lay claim to your inheritance 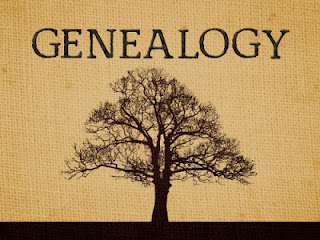 
The 17th century French mathematician and philosopher, Rene Descartes, turned his investigative eye inward—toward the thinking subject—in order to establish a rock-solid foundation for understanding God and His human creatures. Since then, the idea that individuals are largely defined by their family of origin has been in rapid decline in the West. All sorts of scientific, cultural, socio-economic developments in the modern period have conspired to dilute both the advantages and the disadvantages of strong family ties. As the dominance of the family declines, the individual is let loose to invent and live out his/her existence according to personal fashion, whim, or fantasy. We might roll our eyes at those who live as Jedi Knights or those who've been absorbed into the digital world of role playing games, but we don't persecute them. The idea that one's family has little or no bearing on one's identity is an historical novelty, truly something new. When the Word became flesh in Mary's womb 2,000 years ago, family mattered a great deal. Genealogy was more than a curious hobby for your crazy aunt; it was the way of telling the world who you were and what you were here to accomplish.

You could spend years teasing out Jesus' genealogy, trying to reconcile apparent inconsistencies btw various versions of his lineage found in scripture. These variations matter a great deal to modern scholars b/c modern scholars are. . .well, modern and the modern scientific mindset recoils at inconsistencies, whether historical or mathematical. What mattered to Matthew's audience—Jewish converts to Christ—was that Jesus had a family connection to Abraham and King David, making him (Jesus) an heir to God's promise to Abraham and David that a savior would be born in their family tree. So, as we approach the birth of Christ, we have with us still, the annual Advent recitation of Jesus' genealogy, starting with Abraham and ending with Joseph. Besides testing your preacher's ability to pronounce Hebrew names, this recitation presents the Christ Child to the world as the legitimate heir to the throne of Israel. In other words, Jesus' genealogy does what every genealogy ought to do: it tells us who Jesus is and what he is sent to accomplish. As the adopted brothers and sisters of Christ, we are also told who we are and what we have been sent to do.

Jesus’ lineage is our lineage; his history is our history. And what’s more, we are charged, commissioned by Christ himself to live lives of diffusion, lives of active dispersal—going out, growing deeper, spreading further, blooming more, producing more and better fruit, grafting others onto Jesse’s branch, and branching and branching up until he comes again and claims his orchard harvest. If we are to inherit the Father's kingdom as His adopted heirs, then we also inherit the tasks of His only Son. So, this bit of genealogical knowledge from Matthew is not wisdom in itself, but it is wise to know how that each one of us and all of us together are heirs to David’s throne—priests, prophets, and kings, all given the delicate but arduous task of being the Father’s Christ in the world. As we approach the birth of our Savior, we recite his genealogy to remember our own nativity and more than just our own births: we are forced to remember our rebirth in Christ, our coming again into the world as Christs—imperfect, oh yes; but Christs nonetheless. We know who we are as children of the Father and we know what we've been sent to accomplish as His heirs. Therefore, lay claim to your inheritance and do all that the Father wills.
_____________