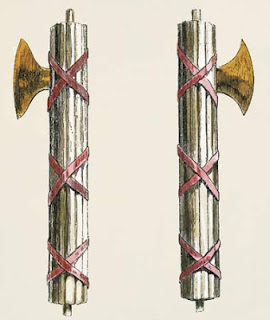 Peter Smith, writing at The Bell Towers, reports on an annual public meeting in the UK called Battle of Ideas.

One paragraph of his report very nicely sums up a distinction I've been trying to flesh out in my homilies for years now:

John Haldane, a softly-spoken Scots academic from St Andrews. . .and fellow-traveler Catholic, put forward the proposition that the fundamental cultural debate is between one collection of ideas, called ‘the anti-realists’, and another, those of ‘the realists’, and that this cultural tension is manifest in political and social policy. Real ideas (by which I think he also meant realistic) contained at their core the notion that the universe is natural, objectively ‘out there’, knowable but distinct, and informing views on sexuality, sex, marriage, death, etc. Anti-realist ideas, by contrast, consider everything as human constructs, plastic and malleable, which can be bended and altered but which inherently are unknowable. Realism and anti-realism contain fundamentally different understandings about what is knowable and what is not, what can be change and what cannot, and mankind’s place in creation.

The distinction btw Realism and Anti-realism is applicable in all branches of philosophy, especially the philosophy of science (essentially a practical application of epistemology), and used extensively in all the humanities.

Applying the distinction to political discourse is extremely useful b/c it gives us a way of addressing and refuting such contemporary political monsters as "identity politics," "victim culture," and other creations of Gramscian cultural Marxism.

The basic political move of the anti-realists is this:

1. Use appeals to perspectivism to undermine objectively knowable truth: "From my perspective, X is oppressive/unjust/wrong." The operative concept to push here is the primacy of "context."

2. Once perspectivism has been absorbed into the engines of culture (media, books, academy), move quickly to promote relativism: "You have your perspective on X and I have mine. There's no way to tell which perspective of X is really true."

3. Now that relativism is established, move to nihilism: "Since there's no way to know whose perspective on X is really 'true,' we can conclude that there is no such thing as 'truth.' about X."

4. Nihilism leads to eliminativism: "If there is no 'truth' about X, then there's no reason to believe that there is any such thing as 'truth' at all."

5. Eliminativism supports "the will to power" in an attack on any claim that something is True: "Your claim that there is such a thing as 'truth" is just an exercise of your _____ power."  The blank is usually filled with an adjective describing the race, class, gender, an/or sexual orientation of the accused.

6. Once the Will to Power is broadly adopted, it's simply a matter of making sure that Your Side has the strongest will to grab the most power. Since there can be no appeal to an objectively knowable standard of distinguishing truth from error (anti-realism), truth is whatever the most politically powerful say it is:  "The greedy 99% is being exploited by the 1%."

Anti-realism is the philosophical basis for fascism: the State determines reality/truth.


This is all just a highly simplified summary.  The moves between stages are complex and would require whole books to flesh out. However, nota bene, that the steps I've outlined here are on naked display in our contemporary political arena.

One example: notice how easily our Cultural Betters throw the use "fact" to describe what it is in reality nothing more than an opinion.  Once everything is "just an opinion," then anything at all can be called a "fact." Challenging the "fact" exposes you to the charge that you are abusing your white, middle-class, heterosexual male power.