Are you worthy of persecution? 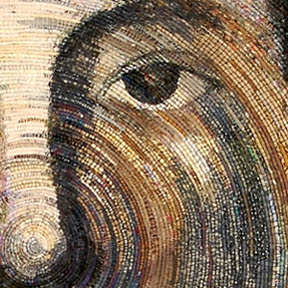 
We can tell from this evening's reading that Jesus doesn't go out of his way to make Christianity a real attractive option. Can you imagine trying to get him elected to public office? Imagine having to go on FOXNews and explain away this campaign promise: “Vote for me and they will seize and persecute you. . .You will even be handed over by . . .relatives, and friends, and they will put some of you to death. You will be hated by all because of my name. . .” Guess whose bumper sticker isn't going on my car! What's not entirely clear here is why we—as followers of Christ—will be persecuted. All Jesus says is that we'll be persecuted because of his name. St. John helps us out here a bit. He writes, “All the nations will come and worship before you, [Lord], for your righteous acts have been revealed.” When we live as followers of Christ, doing all that we have been commanded to do, we do all that we have been commanded to do in his name. For his sake. In other words, we work to reveal God's righteous deeds so that He gets the glory. For a world ruled by the Enemy, this sort of thing is bound to draw some negative attention. So, are you in any danger of being persecuted for revealing God's righteous acts to the world?

We can narrow that question down a bit by focusing on just one of God's righteous acts: are you in any danger of persecuted for revealing God's righteous act of loving and forgiving His human children despite their obstinate rebelliousness and sin? You might think that our creation in love is the number one righteous act of God. But it is far more merciful to re-create than create, especially when your creatures fail so often in showing gratitude through humility. Our salvation through the sacrifice of Christ on the cross is God's most righteous act b/c it involves our Creator in more than just bringing together dust and breath to create us. Once made by God in His image and likeness, and fallen into disobedience through pride, we are rescued by the flesh and blood of His Son. We are freely offered the chance to be re-made in the image and likeness of the Christ and to rise higher than the angels as His adopted heirs. It is the righteous act of our re-creation as Children of God in Christ that we are most obligated to reveal to the world. And it is evidence of this infinitely merciful act that the rulers of this world will kill to keep from being brought into the public square.

So, let's change up the question: do you live in a such a way that your life would be recognized as evidence that God's infinite mercy is freely available to anyone who longs to be re-made in the image and likeness of Christ? If so, then Jesus' warning of persecution in tonight's gospel is for you. If not, why bother with this difficult path? What drew you to Christ in the first place? Did someone reveal a righteous act of God to you and entice you to follow along? It can't be the promise of eternal life b/c that promise is kept for those who are unashamed of Christ. Maybe you were responding to that gnawing emptiness that living without purpose feeds. Or maybe you recognized in yourself the capacity to love sacrificially and now find yourself struggling along with the rest of us to take baby steps along the Way. How about this: the further away from God you got, the harder you ran, the tighter He held on and you just decided that all those mushy ideas like love, mercy, forgiveness, hope, faith are all stronger than your desire to sin and so here you are? That too is a righteous act of God. Leave here tonight and reveal this deed to the world: here you are b/c God's love for you is always stronger than the Enemy's hatred of Him and of His.
_____________