For the first five years after ordination, Dominican friars in the U.S. gather together annually for a retreat. This pic was taken in 2007 at San Felipe de Neri in the "Old Town" of Albuquerque, NM.  The retreat master that year was Fr. Allen White, OP, former Provincial of the English Province (first row, fourth from the R). 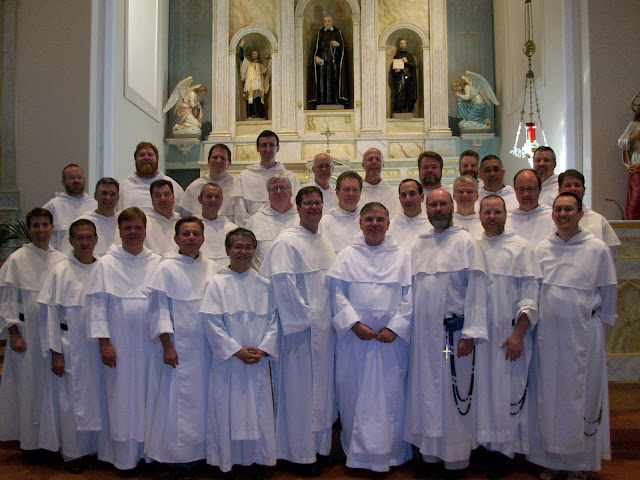