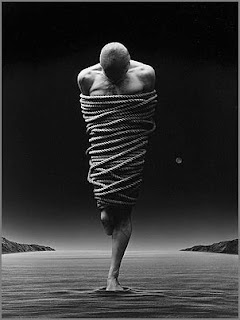 Think for a moment about how you come to believe that some claim about the natural world is true. Could you, if asked, chart out the flow of your thinking, the steps you have taken in assenting to this or that truth? Could you provide sufficient and convincing evidence for the truth of each step, each twist and turn in the flow? On a scale of 1 to 100, how difficult do you think it would be to produce this detailed evidence for a claim about the supernatural world? About your belief that God is real? That Jesus is the Son of God? That heaven and hell exist—somehow—as real possibilities for us? It seems that my belief that the sun will rise in the east and set in the west is a vastly different sort of belief than my belief that bread and wine become the Body and Blood of Christ for no other reason than that I invoke the Holy Spirit to make it so. The former is a kind of verifiable knowledge, a fact; while the latter can seem to be something akin to voodoo.

Thomas the Twin must have felt that his fellow disciples had gone bonkers. Returning to their hideout, Thomas is told by the others (and we have to imagine that he was told breathlessly) that they had seen the Lord. This is the same Lord that the Romans had only just recently convicted, tortured and then executed as a traitor and heretic. Thomas must have sighed, looked at his frazzled friends with pity—“The stress has finally cracked their good sense! When would the lunacy end?” But being a good friend and probably desirous of setting them all straight with a simple test, he says, “Unless I see the mark of the nails in his hands and put my hand into his side…I will not believe.” Good for him! Show me! Let me see the evidence and draw my own conclusion. What right-thinking mind wouldn’t demand solid proof of this alleged truth?

We don’t know how the other disciples reacted to Thomas’ sensible disbelief in their ridiculous claim that their dead Master had appeared to them while he was gone. Were they outraged? Hurt? Were they sad for him? Maybe amused? All we know is that one week later Jesus appeared again. And Thomas was there. They must have all panicked, or erupted with questions and requests, because Jesus enters, saying, “Peace be with you.” He goes to Thomas and gives his disbelieving friend a chance to rest his disbelief, “Put your finger here and see my hands…do not be disbelieving, but believe.” At this Thomas exclaims, “But I could be dreaming, or perhaps this is all just an illusion; or more likely, you are the product of a mass hallucination brought on by stress, hunger, my need to believe in something larger than myself.” And Jesus wept. His friend Thomas had become a stranger to him.

Alright, so that’s not the way it goes in the gospel, but my version shows up the basic mistake we often make when dealing with belief. In the real gospel Thomas refuses to believe without hardcore empirical evidence. He sets another gospel above the witness of his friends—the gospel of believing only those claims that can be verified through empirial investigation. Jesus’ miraculous appearance shocks Thomas into the gospel that Jesus actually preached: with faith comes understanding. First, we must trust, then we know. But wouldn’t a contemporary Thomas reply, “Well sure, if you require that I believe before I believe, then believing is merely a prejudice. The case has been settled before it has been investigated.” This would be a reasonable objection if we were investigating the rising and setting of the sun, but we are not. We are investigating a personal encounter with God.

Because of his weak faith—that is, his mistrust—Thomas is allowed his empirical evidence. Only then does he come to trust. Jesus says, “Have you come to believe because you have seen? Blessed are those who have not seen and have believed.” Jesus is not telling the disciples that they must accept unverifiable claims. What he is telling them is that they will know him best in faith. In other words, he is teaching them that their belief in him is matter of love and not evidence, of hope and not chance. No mother or father loves a child because the empirical evidence requires it. We love, then we believe and understanding grows from trust. We are not strangers to God. Even when what we sometimes believe about God is very strange indeed…