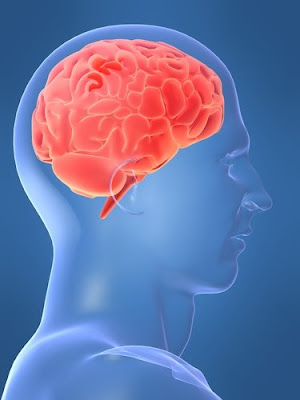 
The Italian philosopher of religion, Gianni Vattimo, was once asked in an interview, “Do you now once again believe in God?” Vattimo, a scholar of Heidegger and Nietzsche and a proponent of Christian nihilism, answered, “I believe that I believe.” Unpacking this enigmatic response would take most of Spring Break, so let me get quickly to the point: Vattimo believes in belief, that is, he holds that believing in God is a desirable practice even if we cannot assert that believing in God is properly rational. Vattimo argues that science has done Christianity a huge favor by showing that most of what we call “religious belief” is nonsense. Why is this a “huge favor”? Because in a futile effort to prove itself “true,” Christian belief, Christian religious practice, has become weighed down by the excessive baggage of metaphysical philosophies, or ways of thinking that constantly add packages of myth, magic, and mystical gibberish to our basic commitment to God. His answer—“I believe that I believe”—is the first step to emptying out our belief so that we might simply love God and one another. Vattimo’s argument is most often linked to Philippians 2.6-8: “Have among yourselves the same attitude that is also yours in Christ Jesus, Who, though he was in the form of God,. . . emptied himself, taking the form of a slave. . .” Just as Christ emptied himself to become a slave, so our beliefs must be emptied of any metaphysical speculation that we might confuse with revealed truth—to believe is enough. Now, is this the commitment that Jesus urges on the Jews as they collect their stones?

Let’s see what Jesus is asking of them and us. Confused as to why the Jews want to stone him for doing good works, Jesus professes his relationship to the Father and urges the Jews to believe that he is the Son of God. He pleads: “…if I perform [these good works], even if you do not believe me, believe the works, so that you may realize and understand that the Father is in me and I am in the Father.” What is he asking? Jesus is asking the Jews (and us) to “realize and understand” who he is, and we are to do so first by an act of belief, specifically an act of belief in his word or, if not his word, in his good works. Belief is prior to our understanding. Belief, therefore, is basic. And basic in this sense: belief constitutes the possibility of our understanding. Without prior belief subsequent understanding is impossible.

It should be clear that Jesus is not urging the Jews to believe in belief; that is, he is not pleading with them to trust in trust or to be convicted by conviction. Jesus is urging the Jews (and us) to trust him when he says that he is the Son of God. And by trusting that he is the Christ, we come to understand that he is the Christ. You may say that this is just blind faith. Maybe so. But if so, it is a blinded faith that finds itself brilliantly healed and gifted with every possibility of seeing Christ as he is for us: the only Son of God, betrayed, tried, convicted, humiliated, hung on a cross, dead and risen again for our redemption. Our philosopher-friend, Vattimo, is right about the need to empty ourselves out, but it is not metaphysical speculation that crowds our believing hearts. What stunts out growth in holiness is our desire to know before we believe; that is, our need to be sure before we trust, our need to be shown proof and evidence before we begin to hope; this need puts the work of human genius in front of trust and gives reign to the methods and prejudices and limitations of the human mind.

Our Lord says that we must first believe and then understand. In no way does he mean that all we have to do is believe. As creatures of intellect and will, we are also obligated to know, to comprehend. But we must pour out what we think we know, what we think we understand, and begin again in trust. Without this beginning in the divine, we start and finish as little more than stone-throwers, maybe even highly advanced, technologically superior stone-throwers; but without a heart for God’s love, you are just a smart monkey with shiny gadgets driven by your stomach.

Belief is basic. Trust God, seek to understand, grow in holiness. In that order.