Are you making daily deals for Sodom? 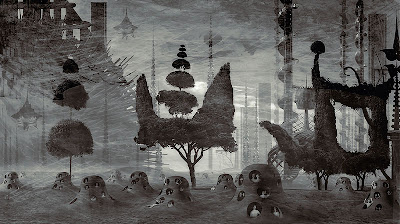 Listen to my homilies here

If God speaks to you today, do not harden your heart against His Word. That’s our gospel acclamation this morning. If we were to rewrite this acclamation to better suit our needs, to better reflect the reality of our spiritual lives, we might come up with: “If today you hear his voice, prepare a prioritized To Do list, noting which items are negotiable and which are deal-breakers; prepare another list of willing sacrifices—going to daily Mass, stop smoking, eating less—, prioritize these in order of increasing inconvenience and remember that July 4th is coming up (note to self: scratch ‘stop drinking’ from negotiation list); practice sincere pleading tones on recorder; enlist help of those God likes more than me (e.g., Sr. Mary Grace, Fr. Bill, and my mom); note to self: call Mom” and so on. If today you hear His voice, alert the tactical negotiation teams! We have deals to make, people!

Now, Abraham was the first host of “Let’s Make a Deal.” Standing over and , the Lord tells Abraham that he, the Lord, must find out if the city is really as sinful as some claim. Abraham, hearing the voice of the Lord, launches into a negotiation that ends in a classic deal to save the city from divine destruction. Abraham, in a series of downsizing talks, persuades the Lord to spare the city if there are only fifty innocent people in the city, then forty-five innocents, and so on down to ten innocent people. It appears as though negotiating with God actually works! Does it? Not really. This incident is more about Abraham learning to ask for God’s mercy for others than it is about God’s mind being changed by a mere mortal. Nonetheless, Abraham heard the voice of his Lord, and rather than hardening his heart against the notorious sinners of , he risks the Lord’s anger, and asks that they be spared for the sake of the righteous.

In Matthew’s version of the story from Luke we heard read at Mass yesterday, Jesus is approached by a potential follower and Jesus invites a potential follower. The first is a scribe who says to Jesus, “Teacher, I will follow you wherever you go.” Is this the opening line of a negotiation? I think so. Jesus could have said, “Good. Follow me.” Instead, he rather cryptically indicates that though the animals of the fields have homes, he himself has no home. Does Jesus sense hesitancy in the scribe? Maybe just a pinch of doubt about his claim of absolute fidelity? Jesus seems to be saying, “OK. You want to follow me wherever I go, uh? Fine. Know this then: my home is where I am and resting is not something I do much of. Still want to come?” The disciple that Jesus invites enters into a much more obvious negotiation: “I’ll follow you, Lord, but first let me bury my father.” Not one to pull punches or evade the truth, Jesus says simply, “Follow me, and let the dead bury their dead.” Meaning what exactly? Those who are dead in their faith can bury the truly dead. Those alive in their faith have a duty to both those who are already alive in the Spirit and to those living who seek the Spirit—the Dead who want to live again!

One habitual way that we harden our hearts against God’s voice is the negotiation ploy—the idea that we can bargain with God to get what we want. If prayer worked this way, Jesus would not have instructed us to pray in his name. It is the name of Christ Jesus, that is, who Jesus is for us and to us, that gives our prayers their power. Alone we are merely whispering words into the air. With Christ we are participating in his One Act of Worship, his One Act of Sacrifice on the cross; we throw our prayers into his one prayer of praise to God. No negotiation. No bargaining. Just a simple trust in God’s word that His promises will be kept. We follow Christ b/c we vowed to do so not b/c we want the divine goodies to keep on flowing.

And remember, the next time you want to negotiate with God in prayer, ask yourself: what happened to that classic deal He made with Abraham to save and ?

Pic credit: Alessandro Bavari
at 6:04 AM